At its core, the album's subtle accompaniment to his rich vocals creates an intimate feeling.

When I was growing up in a northern small town, Christmas was my favorite time of the year, and not for the reasons you might think. Of course, as a child I was excited about the presents, but I always looked forward to the candlelight services on Christmas Eve in the small Methodist church my family attended. I loved hearing the choir sing the hymns and traditional Christmas Carols.

Now, as an adult my husband and our family live several states away from parents and siblings. Many years we travel to spend the holidays with them, but some years it's just not possible. One thing hasn't changed though, I still love to listen to those old songs on Christmas Eve.

Christmas With You is a collection of warm, traditional carols and holiday songs from Rick Springfield. At its core, the album's subtle accompaniment to his rich vocals creates an intimate feeling, similar to a family gathering or quiet night in front of the fire.

As I said, some years I'm far away from my family, so the one original song on the album and the title track, "Christmas With You," hits especially close to home. The song is dedicated to the fallen troops and a yet-to-be released video will have photos of some of those soldiers, provided by Gold Star Mothers, woven throughout. All proceeds from the video will benefit the charity. Not a political statement, the sentiment behind the song is about missing home and family, and easily identifiable to anyone who has had to spend the holidays away from loved ones.

That longing theme is not confined to just the one track, however, and is revisited with the familiar "I'll be Home For Christmas." Backed with a doo-wopy vocal, it is delivered with a 1940's jazz style that brings to mind all the charm of the early recordings by Bing Crosby and Frank Sinatra, but with an updated sound. The song is a timeless classic and seamlessly fits within the overall framework of the album, as well as with the dedication to the troops theme; "I'll be Home For Christmas" became an anthem for soldiers during World War II.

A majority of the album is spent with carols and hymns, giving the album a very traditional feel. From "Silent Night" to "Away in A Manger," and "The First Noel" to "God Rest Ye Merry Gentlemen," the listener is treated to the songs I remember hearing at those candlelight services. My favorite carol, "What Child is This?" is a highpoint of the album, with a vocal line that is full, deep, and rich. 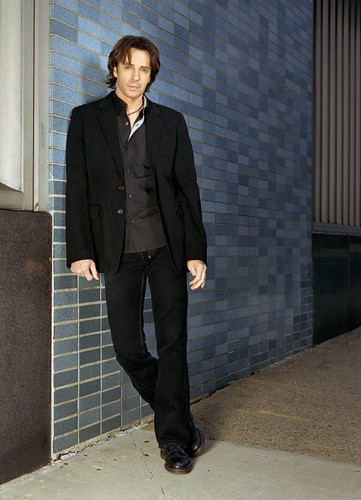 Two instrumental pieces round out the album's highlights.  The first, "Carol of the Bells," is a passionate guitar and bass duet. You might think by that description the song would have a rock flavor but, while it uses more up-to-date instrumentation, it still very true to the original arrangement and traditional sound. The second, "Deck the Halls (With Boughs of Longboards)," is just what you might expect from someone who calls southern California home. A hybrid mix of the classic song and a beach tune, you can hear seagulls calling out before the drums and guitar carry you into this fun little track.

Selling over 19 million records, including 17 Top 40 hits, Springfield career has spanned three decades with no signs of stopping. He continues to tour and will be releasing a new studio album in the spring of 2008. When not recording or performing his music live, he portrays the character of Dr. Noah Drake on General Hospital and took on a second role (Eli Love) for a story arc this past summer.

Christmas With You is available for purchase November 6 at all the traditional outlets, and will be enjoyed by anyone who loves spiritual and traditional holiday music. News, tour information, and message boards can be found at the artist's website or his official myspace profile.