Of the many words and numerous books written about Bruce Springsteen, none are quite like this one.

Outside of perhaps Bob Dylan, few rock and roll artists have been written about, and studied from as many different angles as intensely as Bruce Springsteen.

He has been the subject of several books, from official and semi-official biographies by the likes of writers like Dave Marsh, Robert Santelli, and Backstreets Magazine founder Charles R. Cross, to the more weightier fare examining his impact on culture like Robert Coles' Bruce Springsteen's America.

Yet, of the many words, and numerous books written about this American icon over the years, none of them are quite like this one.

In For You: Original Stories And Photographs By Bruce Springsteen's Legendary Fans, editor Lawrence Kirsch has assembled hundreds of amazing photographs taken by the fans themselves, and covering every phase of Springsteen's extraordinary career, into a beautiful coffee table book. Accompanying the photographs, are personal stories told by the fans — usually recalling memories of a favorite tour or show.

Springsteen fans — the so-called nation of "Bruce Tramps" that have been known to follow the man on tour from coast to coast — are of course legendary for their devotion which often borders on obsession. They, and by that I mean "we," are like no group of fans outside of maybe the Deadheads.

Which needless to say, makes for some great storytelling in this book. The stories told here are heartfelt, poignant, and occasionally even humorous — much like the songs of the man they honor here themselves. 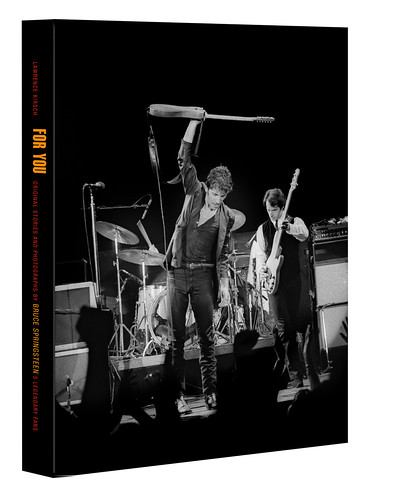 At this point I should also include something of a disclaimer on this review since one of the stories told in this book is by yours truly. It appears on page 33 of the book, and talks about my very first Springsteen concert, which I was basically dragged out to see by a friend back in 1975. Next spring, I'll be attending my 33rd and 34th Springsteen concerts in Seattle and Portland.

In that story, I also touch upon a few other memorable Bruce shows I've seen, such as the time in 1980 I saw Bruce in Portland on the same day Mount St. Helens had one of its many eruptions that year. To commemorate the event, Bruce included what I am pretty sure is the only time he has ever performed the American folk standard "On Top Of Old Smokey," in his set, changing a key line to "I know that she's smoking, I hope she don't blow."

In the interest of giving equal time to my fellow Blogcritics, I should also mention that my BC brothers Mark Saleski and Alessandro Nicolo tell their own Bruce stories in the book as well. Saleski's appears on page 142, while Alessandro's is on page 170.

So now that we've cleared that particular hurdle, and since I can also report that none of us received any payment whatsoever for our contributions, I can also give this book my highest recommendation.

For anyone who has ever wondered just what it is about Bruce Springsteen that produces such rabid devotion amongst his hardcore fans, all I can say is that short of getting out and seeing a show yourself, this book comes as close to explaining it as any I have read.

And the hundreds of pictures here are really nothing short of amazing. 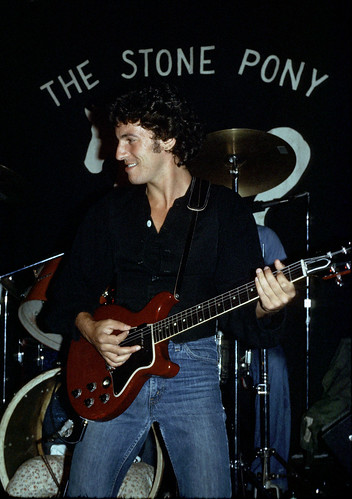 The way I've tried to explain that special sort of sense of community among Springsteen fans, boils down to two things really. One, is that the songs heard on Springsteen's records tell stories that really connect with everyday Joes like us. And the other is that going to a Springsteen show is really like no other live concert experience I can think of.

With the way, you look all around you and see nothing but those shit-eating ear-to-ear grins, and the way his audience is known to break into impromptu sing-alongs at any given moment, a Springsteen concert is really like being in a room with about 20,000 of the best friends you ever met. As far as an interactive experience between a performer and his audience, there really is nothing quite like it.

And to those who still just don't get it, as another wise old songwriter once observed, "it's like trying to tell a stranger about rock and roll."

Lawrence Kirsch's For You: Original Stories And Photographs By Bruce Springsteen's Legendary Fans, is currently available in a limited run of 2000 copies which can be ordered exclusively by going to ForYouBruce.com.