A new report on the well-being of children has emerged, showing significant drops in areas such as binge-drinking, teen pregnancy and violence perpetrated and perpetuated by and on today’s teens. 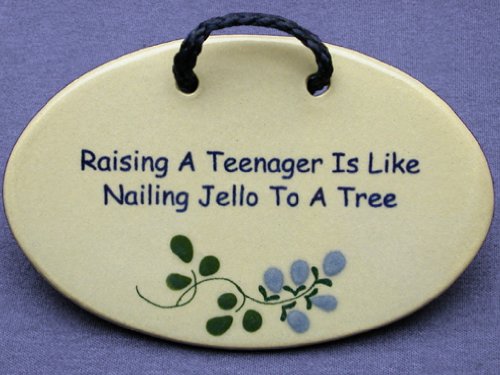 *Binge drinking among high school seniors has fallen from 36.9 percent in 1975 to about 29.2 percent in 2004. Binge drinking is the consumption of five or more alcoholic drinks in one setting, and respondents were asked whether they had consumed such amounts within the past two weeks.

The article also quotes Jeffery Butts (an unfortunate name), director of the youth justice program at the Urban Institute, as stating, “Maybe we have the next ‘greatest generation’ coming along here,”!

Yikes, I shudder to think as I look at today’s youth with their dumb hair, holes the size of quarters in their lobes and a complete lack of common sense, but hey, those are just the teens I know.

Speculation as to the drop in these important indicators for teen success is both political and self-congratulating. Some attribute it to policy changes, economy booms in the Clinton years, more law enforcement and of course EXCELLENT parenting among those who grew up with the excesses of the late 70’s and in the wacky crack-filled days of the 80’s responding to their own experiences growing up.

For my part, I think it’s a little of both, mainly parents clamping down on their kids as they think back to all the crazy stuff they did as a kid. In my house, I am the inspector general, drill sergeant, prison warden and supplies officer. And it’s a damn good thing, as my kids would be running with the dogs, eating candy for breakfast, lunch and dinner, running rough shod over anyone who dare say no, and playing in traffic – mom’s known as “mean” – daddy as “nice.”

See, Eric has had the great fortune of having about ten people play parent to his two older kids, there are aunts, uncles, grandparents, and four parents all keeping an eye on them and showering them with love and affection, this is the positive side of divorce that few people acknowledge. So his kids have benefitted greatly from an unfortunate event and in return, he thinks the hands-off, eyes-closed, stay-out-of-their-nutsack approach is the path to success, plus he is so worn down by the job of parenting at this point it’s lost its appeal.

Fortunately, I am mean and vigilant enough to play both roles, my kids can call me mean and bossy all they want, but it’s my way or it’s the highway.

In the 80’s parents didn’t worry too much about their kids doing drugs, drinking, getting pregnant or becoming victims of crime. Parents were too worried about being incinerated by a nuclear bomb, high interest rates and poorly made sitcoms.

Ahhh, but then came the 24-hour news phenomena and with it a media bombardment – not to mention the internet. If there is something bad happening in the world, we will know about it quickly and in great detail. Nothing like bad news to fuel the paranoid mom’s and dad’s imagination with visions of terror. So in turn, we don’t let our kids out of our sites, they sit on the internet, play video games, watch tv, eat chips and soda and are subsequently obese.

So, the greatest generation won’t be a bunch of drunken, drugged out sex fiends, but rather a bunch of slovenly, slothlike fatasses.

That’s much better isn’t it?

I am not buying these numbers to be honest, I think teenagers are just better liars than we were and how found ways to be sneakier about what they do. Call me cynical, but I find most of them to be a bunch of knuckleheads without one braincell to rub together.

Oh, heaven help my two little angels when they reach puberty, I know every lie, every trick, every smell, every which way but loose, and they aren’t getting away with ANYTHING.

ANYTHING I TELL YOU, now go run two more laps around the track and don’t roll your eyes at me!!