Couple behaves like, you know, adults, though Evans ignores husband's attempts to converse after court.

Volcanic accusations erupted out of the Sara Evans divorce filing two weeks ago when the country music star withdrew as a contestant from Dancing with the Stars and hightailed it back home to Nashville. Husband Craig Schelske countered with indignant remonstrations and two-fisted inculpations of his own in court filings last week.

So the stage was set for potential pyrotechnics at yesterday’s first joint court appearance by the feuding Schelskes — on the 125th anniversary of the shootout at the OK Corral, no less. Alas, those looking for blood, or at least vicious invective, were to be disappointed, as the estranged pair, likely feeling a bit sheepish over their histrionics of the last couple of weeks (and perhaps even taking the well being of their three young children into account), behaved like reasonable adults in court.

Williamson County judge Robert E. Lee Davies ordered Schelske to return half of the $274,000 he took from the couple’s joint “church tithing” account on the day Evans filed for divorce, and the couple, in their most funereal court attire, agreed to work out a mutually acceptable child visitation schedule between themselves, not talk about the case outside the courtroom, not drink alcohol “excessively” in front of the kids, and to undergo psychological testing. Schelske will also find another place to live. 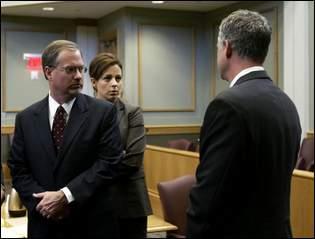 Once all of this was agreed to, a bit of tension enlivened the complacent air as Schelske tried to speak with Evans, who assertively ignored him as if he were a panhandler — a not inappropriate simile given that her lawyer had stated snidely during the proceedings it might be appropriate for a 43-year-old father of three with no source of income to get a job.

Following a mysterious argument at a restaurant in Los Angeles, Evans, 35, filed divorce papers on October 12, alleging that Schelske — who ran for congress in Oregon’s 5th District in 2002 — committed adultery with her personal assistant Alison Clinton, was verbally abusive, drank excessively, watched pornography in the presence of their three young children in their Nashville home, and looted the family “church tithing” bank account of $274,000. The complaint also alleged Schelske had pornographic photographs on his computers and accused him of placing ads on Craig’s List seeking sex.

On October 16, Alison Clinton — Evans’ former personal assistant, nanny to the Schelskes’ children, and “aspiring vocalist” — issued a statement through her attorney denying the adultery accusation. On Wednesday, Clinton took a lie detector test under the auspices of syndicated gossip show Extra!, which the show claimed evidenced “no deception.” 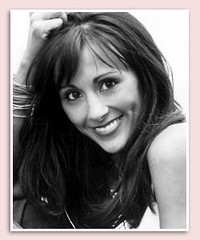 Clinton is apparently riding this righteous indignation train as far as it will carry her slight self (pretty far, it would appear — she has suffered from an eating disorder and weighs about 80 pounds). She set up a site called pleaseapologizesaraevans.com, where she solicits support in demanding just that and gives a little demonstration of her musical abilities on a little number called “There’s No U in Us Anymore.” Clinton’s lawyer, Ronnie Berke, told AP the judge ordered Clinton’s name removed from court documents at the request of Schelske’s attorney.

Despite all the hoopla, Evans appears to have not lost a step in her career. RCA has just released a new single, “You’ll Always Be My Baby” (chortle), from her latest album, Real Fine Place, and she will also be performing the title track at the CMA Awards show on November 6, where she has also been nominated for Female Vocalist of the Year, her 13th CMA nomination.