Responding to ongoing complaints that the social networking/music and video promotional/blogging site is not safe for children and teens and is a virtual romper room for sexual predators, the News Corp.-owned MySpace — “a place for friends” — has hired a new chief security officer. 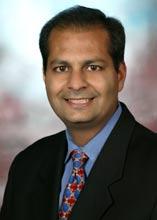 Lured away from his child-safe computing post at Microsoft, Hemanshu Nigam, a lawyer who previously worked at the MPAA and the U.S. Department of Justice, will oversee outreach to law enforcement, site security, and user safety beginning May 1.

MySpace has reportedly removed over 200,000 “questionable” profiles out of its current 66 million over the last month (more numbers — MySpace saw 36 million unique visitors and 19.6 billion page views in March), and is reviewing 2 million “images” a day with an eye toward enforcing its terms and conditions, which were last revised March 17 of this year. Prohibited activities include, but are “not limited to: criminal or tortious activity, including child pornography, fraud, trafficking in obscene material, drug dealing, gambling, harassment, stalking, spamming, spimming, sending of viruses or other harmful files, copyright infringement, patent infringement, or theft of trade secrets.” 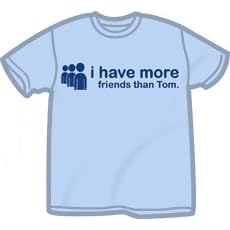 In addition, MySpace forbids people 13 and under from joining, but they have no method of verifying age when members sign up.

Besides legal liability, the crackdown was inspired by concerns from within the advertising community about the, um, tone of much of the site. David Cohen, executive vice president for Universal McCann Interactive, with clients including Microsoft, Johnson & Johnson, and Wendy’s International, told Online Media Daily that problematic content was rife on the site. “You only have to look around for five or 10 minutes to find something offensive,” he said.

Among the recent litany of pain for MySpace, in early March the FBI made two separate arrests on federal sexual assault charges related to the use of the site, and another alleged sexual predator was arrested in conjunction with the creation of a fake MySpace profile.

In an effort to educate children and parents about online dangers, a new ad campaign sponsored by News Corp, The Ad Council, and the Center for Missing and Exploited Children will soon be seen around the country on TV, in newspapers, and on banners on the MySpace site with the tag line: “One in five children have been sexually solicited online.”