Is it getting cold in here or is it just the Bose-Einstein condensate?

Most people have the good sense to stay away from the extreme cold.  The temperature drops below a certain point, and people do their best to warm up.  Maybe they drink some hot chocolate, maybe they throw on a sweater, maybe they huddle together to preserve bodily warmth.  Whatever it is they do, you can bet that trying to make the temperature even lower is not involved.

Then, there are scientists.  Specifically, there is a select group that takes a look at a cold temperature and thinks to themselves "-270 degrees Celsius?  We can make the temperature drop by at least another three degrees."  Literally.

Absolute zero is the hypothetically lowest temperature possible, approximately -273.15 degrees Celsius, or 0 K (Kelvin).  To this point in our history, scientists have been unable achieve this temperature, but they have come within a hair's breadth of doing so (one has to go out to more than nine decimal places to see how far from 0 K scientists are).

Over the next two episodes, PBS's long-running science series, Nova, will take a look at just how low we can go, and how we got there.  Their latest special, "Absolute Zero" is divided into two hour-long looks at some people's obsession with the cold.

First up, "Absolute Zero:  The Conquest of Cold."  Despite what its title may imply, this episode has very little to do with actual zero itself.  Instead, it looks at the history of 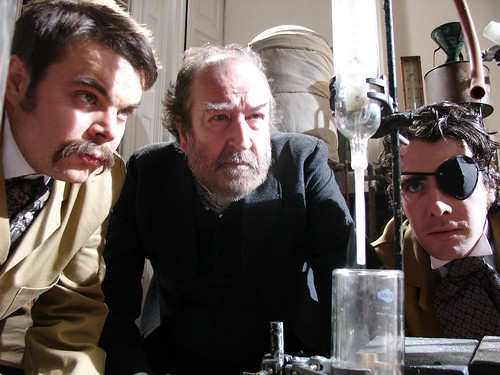 lowering temperature, from the first air conditioner-type device (made in 17th century England), to the commercial harvesting of ice, to the centuries-long debate as to what actually makes something hot or cold anyway.

The episode works through history methodically and relies heavily on the recreation of events for illustrative purposes.  It does touch on the first scientist to theorize  about an absolute zero, but it is not until the second episode "Absolute Zero:  The Race for Absolute Zero" that absolute zero takes center stage.

In this second hour, which begins at the end of the 19th century and continues through the present day, scientists go from liquefying hydrogen (which happens at around 20 K) to less than a degree away from 0 K.

The episode details how as scientists approached this number they created a once hypothetical substance known as a Bose-Einstein condensate.  It takes a significant portion of the hour to explain exactly what this is and how it was achieved 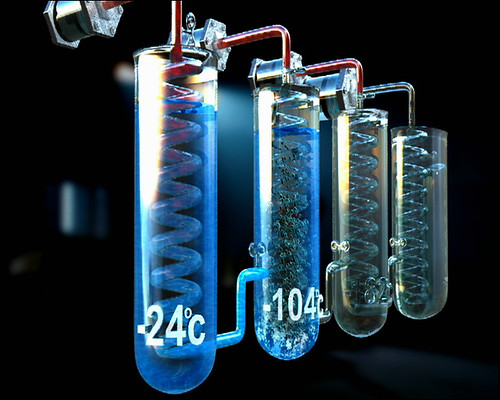 , but, in thirty words or less, the condensate is a substance in which all of the atoms are absolutely identical.  There is no way to tell one atom from another in a Bose-Einstein condensate. This change in the behavior of atoms causes the condensate to behave in odd ways that scientists are still grappling with.

In the end, this Nova two-parter is really two distinct shows that need not be tied together.  The first is a basic history of cold and how people began to understand, think about, and harness it.  It looks at numerous missteps along the way as well as what was done right.  It also talks about the practical applications of the cold (the refrigerator, shipping foods across the country, and air conditioning).  The second hour takes the story into the modern day and focuses on the achievement of creating a Bose-Einstein condensate.

The first hour is far more interesting and, not surprisingly, accessible than the second hour.  While great achievements and many practical applications have become possible due to the race for Absolute Zero, the second hour chooses to not focus on them.  Instead it spends its time trying to explain the notion of a Bose-Einstein condensate and how exactly different teams of scientists went about trying to create one.  It is unquestionably a huge scientific triumph, it just does not make for terribly compelling television.