People I’m telling you, when I was growing up in the ’60s and early-’70s there was nothing hotter than the Raquel Welch poster from One Million Years B.C.

My parents would have freaked, well actually, my mother would have freaked if I had put it up in my room or even had it in my possession, so we would make special trips on our bikes to the local stationery store – which also carried posters – just to ogle at the poster and trade lascivious quips. 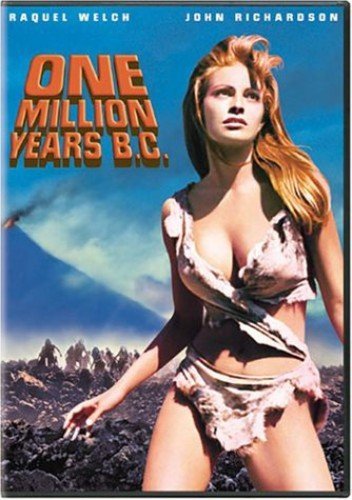 Of course, it wasn’t just the poster – there was also nothing hotter than Raquel Welch, she simply embodied steaming female perfection for the time: outrageous body, huge eyes in a perfect and slightly exotic (Bolivian father) face, fierce and proud but with a certain vulnerability too. Great voice. Damn.

Raquel is back with a smoking 5-DVD collection of some of her better-known films: One Million Years B.C.; Bandolero!; Myra Breckenridge; Mother, Jugs & Speed; Fathom.

Welch was recently quoted as saying, “Americans have always had sex symbols. It’s a time-honored tradition, and I’m flattered to have been one. But it’s hard to have a long, fruitful career once you’ve been stereotyped that way. That’s why I’m proud to say I’ve endured.”

USA Today talked to her:

The sexy star of 1966’s One Million Years B.C., Bandolero! (1968) and 1970’s quirky Myra Breckinridge is now one of the few silver-screen divas to be pinned with Hollywood’s newest badge of distinction: a DVD collection honoring her career.

The Raquel Welch Collection, in stores this week from Fox Home Entertainment, $50, includes five of the star’s best-known movies. In addition to B.C., Breckinridge and Bandolero!, the set includes Mother, Jugs & Speed, a 1976 comedy about an offbeat ambulance service co-starring Bill Cosby and Harvey Keitel, and the 1967 espionage spoof Fathom.

Welch, who at 63 has just finished shooting a new film, as yet untitled, with Burt Reynolds, is clearly pleased about the collection she helped to produce.

“It’s certainly wonderful to have those things out there for a new audience,” Welch says. “I just finished doing a commentary for another one of my films that’s coming out soon on DVD, The Last of Sheila. It’s almost like there’s a movement afoot to have a Raquel Welch library of DVDs.”

Watching One Million Years B.C., her breakout film in which she plays a bikini-clad prehistoric tribe member, brought back memories. When director Don Chaffey first approached her about appearing in the film, she says, she almost turned him down.

“I said, ‘Oh, a dinosaur movie – I don’t really want to do a dinosaur movie.’ ” Welch recalls. “I had no idea it was a remake of a classic starring Victor Mature and Carol Landis, and when he told me, that really took the wind out of my sails. It turned out to be a huge success, and if it had not been for that movie, I don’t think there would be a Raquel Welch in Hollywood.”

She also talked about working with Mae West on Myra Breckinridge:

“I only had one scene with her, and she was quite apprehensive about working with me,” she says. “She hadn’t done a movie in a long time, and in all her previous films, she had been the only star and the only woman, and she was not very inclined to share a screen. So there were a few shenanigans.” 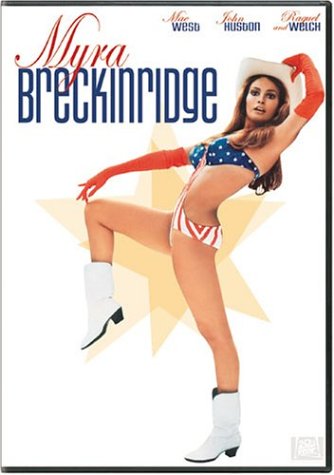 The worst came right before the shared scene was shot. “She had my costume removed from the dressing room,” Welch recalls. “When I went to my closet, it wasn’t there. I called my producer and told him my dress had disappeared, and he told me it had been confiscated.”

West’s costume was white, and she objected to Welch wearing a black gown, “because black is also a non-color,” Welch says. “This poor woman was really scared – and I’ve got to say some of this now because I’m doing a book.”

….”I think it has a particular kind of importance,” she says. “It was made in 1970, and it’s pretty amazing how it predicted the whole topic of the changing role of the sexes in society, especially in this country.”

In addition to those flicks, I love Fantastic Voyage – trippy psychedelic sci-fi trip through the human body with Raquel in a body suit that I saw on the REALLY big screen at the drive-in – and the great twisty murder mystery The Last of Sheila, which may still be the most entertainingly confusing movie I have ever seen.