And we have the orthopedic damage to prove it.

Disney's Pirates of the Caribbean sequel, Dead Man's Chest, shattered the all-time North American weekend opening box office record with a three-day treasure haul of $132 million. The previous record was held by 2002's Spider-Man, which took in $114.8 million in its first weekend. Astonishingly, Dead Man's Chest took in almost three times the $46 million the first film in the series, The Curse of the Black Pearl, captured in its first weekend in 2003.

This should not imply that the new one is a three-times better film, however.

"When people in the industry predicted these high numbers, I thought they were just trying to be mean. So no matter how good we did, if we did $100 million, we'd be failures," Bruckheimer told AP on Sunday. "I didn't think we'd get near these numbers." 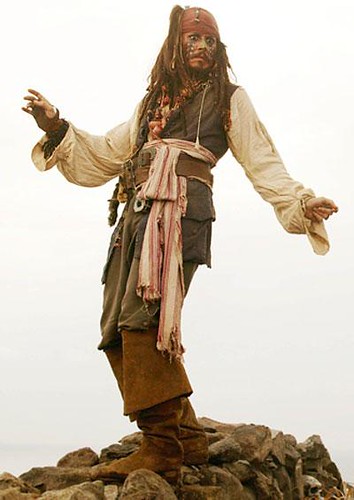 By way of comparison, Dead Man's Chest plundered nearly double the total of the rest of the top 12 films combined. The previous weekend's top film, Superman Returns, fell to number two with $21.85 million, down 58 percent from opening weekend.

My family experienced a graphic demonstration of these numbers. Since we — our six- and two-year-olds, my wife and I — love the first Pirates film so, having watched the DVD version well over a dozen times, we figured we would head on out to the nearest drive-in, about a half-hour away, to take in the new film on opening night in the comfort of our mini-van. The four of us have never gone to a film on opening day, nor gone to the drive-in, but it just seemed like the thing to do on a pleasant summer night so we tossed caution to the winds.

We were not alone. About three miles away from the drive-in, we hit standstill traffic. We looked for police car lights, assuming there had to be an accident or something. The time was about 9:10 with the movie scheduled to start at 9:30, just about when it gets dark in Northeast Ohio this time of year. 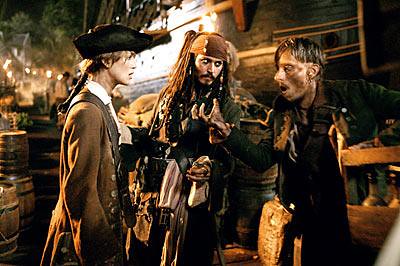 The minutes dragged by as we inched along, our equanimity leaking out of the car as the 9:30 start time came and went with still no break in sight. Finally, at about 9:40 we came over a hill and saw the drive-in entrance confirming our most dire suspicions: the traffic was all for the drive-in! Then as we grew nearer to the pay booth we saw there was only one girl taking money, $15 per carload, for both lanes incoming from the north and south.

With about ten cars to go, a kid came running toward the line of cars, which trailed behind us as far as the eye could see, shouting that Pirates was sold out, its half of the two-screen lot crammed to bursting. We hurled epithets best known to seafaring folk, gnashing our teeth in lamentation.

Do we want to stay and see Superman Returns, only a week old but already seeming stale and tasteless? We're already here, may as well. We paid and drifted in – although it was now past 9:45, neither film had begun. As we passed row upon row of cars facing the Pirates screen heading toward poor neglected Superman, we realized that only distance separated the two screens, which were essentially facing each other across the large lot, with audio coming from two different FM radio frequencies.

Most of the cars in the Man of Steel's side of the lot were turned around facing the other screen, which was farther away than ideal, but certainly easily viewable. Rejoicing, we flipped quickly around and did the same just as the Pirates logo illuminated the screen. We piled into the back of the mini-van, opened up the rear hatch and, living large, absorbed the sequel, sponge-like.

What of the film? I reserve final judgment for a number of factors: we really WERE pretty far away from the screen, there was a lot of ambient light so the darker parts of the movie were nearly washed out. The four of us were shoe-horned into an area that seemed to grow smaller and smaller over time; and where about 15 pillows were required to make our lounging truly the lap of luxury, we had only five, and so by the end of the 150-minute epic, my neck felt permanently bent at a most unnatural angle. Plus, it was really really late. 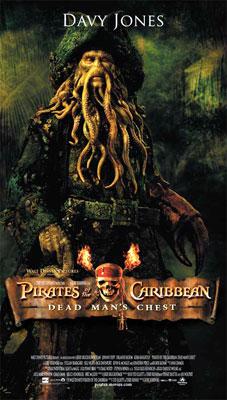 All of that aside, there is a lot more action and crazy CGI (squidly Davy Jones and his, um, men of the sea) in Dead Man's Chest, less wit and character development, less nobility on display, and an even more complex but less clever plot. My guess is I will end up liking it a fair amount more than I did Friday night, but ultimately less than the first one.

And, they have a boatload of loose ends to wrap-up in Pirates 3, which fortunately, due to a largely simultaneous shooting schedule, is due out Memorial Day weekend of '07.

"Maybe the only movie that has a chance to beat this record might be the next Pirates movie," said Paul Dergarabedian, president of box office tracker Exhibitor Relations.

'The Ice House by' Tim Clare is a perfect example of how fantasy, horror, and adventure can be melded together into a wonderful story.