How can you go wrong with the best of the best?

Music Review: The Best Of Studio One Collection Celebrating The Birthplace Of Reggae

In the mid 1970's Toronto Ontario experienced an influx of immigration from Jamaica that resulted in the development of a thriving reggae scene with bars and bands sprouting up in the new communities and throughout the city. Growing up I was probably exposed to more reggae than most people outside of Jamaica and the British Isles. While most people's experience with reggae doesn't extend past Bob Marley, Jimmy Cliff, Peter Tosh and Third World at best, I'd come across people like Toots and the Maytells, Leroy Sibbles and the Heptones, 20th Century Rebels, Truth and Rights, and Burning Spear.

But compared to what was happening in Kingston Jamaica this was only the tip of the iceberg. Bands, singers, and musicians whose names have remained completely unknown outside of Jamaica or a few aficionados, had been making the music that either preceded reggae, like Ska and Rock Steady, or the music itself, for over fifty years. It's only been through record companies like Heartbeat Records that audiences around the world have even been exposed to these performers.

The sheer volume of music Heartbeat has released tells how much the rest of us have been missing out on for so long. The source for their material was one small studio in Kingston and that it existed at all was due primarily to the efforts of one man, is even more amazing. 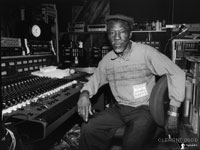 Clement Dodd and his Studio One recording facilities was the Jamaica equivalent of Berry Gordy and Motown for American Black R&B performers in the sixties and Sam Phillips of Sun Records for American rockabilly stars in the fifties. Dodd provided the facilities that gave up and coming singers like Bob Marley and Peter Tosh their first recording experiences and guided them through the transition from being imitators of the American R&B scene to being at the forefront of reggae.

Clement Dodd started out working as a DJ for music parties where the man spinning the records was judged on his abilities to provide music that was not only danceable but new on a weekly basis. Realizing that being dependant on foreign markets for his music meant he could never really get ahead of his competition he started producing his own music.

At first this meant just locally recorded version of American staples or imitations of the same. But in his quest for producing music that would entice people onto the dance floor for extended periods, he began experimenting with base lines and rhythm combinations. At first this led to the development of Ska, the high speed energetic music replete with horns that had resurgence in popularity in the eighties, followed by Rock Steady where the pace was slowed and the base and drums came to the forefront.

Reggae was only a downbeat removed from Rock Steady and followed quickly thereafter. The rest, as they say is history. Clement and Studio One produced performer after performer, song after song that kept Jamaica dancing and soon the rest of the world.

Studio One kept itself in the forefront of innovation by being the first company to begin producing Dub recordings in 1970. This was originally just the practice of taking classic rhythms and DJ-ing over top of them. These since have become more complex but from the start they became dance hall staples remaining so for years after and cementing Dodd's reputation as one of the premier producers in Jamaica. 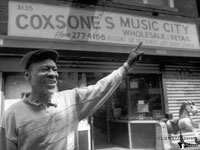 By the mid 1970s Studio One's reputation was such bands from other parts of the world were coming to record there. First the Rolling Stones came and not only produced a record of their own but worked on a Peter Tosh album as well, resulting in the hit single for both "(You Gotta Walk And) Don’t Look Back." The Stones were followed to Jamaica by The Clash who recorded a cover of "Armagideon Time" by Willie Wilson along with Dub arrangements of their own material.

Since Clements Dodd's death in 2004, Heartbeat records (who had previously published over sixty Studio One titles) has begun sifting through the enormous catalogue of Dodd's past work in an effort to honour the contributions this man has made to the world of popular music. Now two years later they are finally making the releases available. Each title being released reflects either a specific performer's work during their tenure at Studio One, a retrospective of a genre, or even the different permeations that a genre can undergo. (The disc Downbeat The Ruler for instance is a collection of reggae instrumentals)

By releasing the work in this manner they are not only giving the world access to some of the best music they've never had the opportunity to hear before, but ensures each facet of Dodd's career is properly appreciated. There is such diversity in the sounds that have come out of Studio One that to simply release a single greatest hits package would be ridiculous.

What they have done though is take the first three releases from this year, The Best Of Studio One, Full Up: More Hits From Studio One, the above mentioned Downbeat The Ruler: Killer Instrumentals From Studio One thrown in a bonus disc of dub versions of some of the songs on the other CDs called Rebel Discomixes (not disco as in music style, but as in dancehall) and made a great box set called The Best Of Studio One Collection

Now this isn't the penultimate in recordings from Heartbeat's Studio One archive, it’s a collection of three "best of" albums. What these three discs do is give you an idea of the immense amount of talent that walked through the doors of Studio One in the late sixties and early seventies. For those who have thought "you hear one reggae song you've heard them all" these CDs will quickly change your mind as you hear how different performers work his or her own magic.

You will be introduced to talent that until now you may never have heard of before, but will most definitely want to hear more of in the future. People like John Holt, Bob Andy, Willie Williams and groups like The Abyssinians and the Gladiators that have never been household names outside of Jamaica are now going to be performing in your living room.

Probably for the first time ever you will experience the original instrumental tracks that formed the backbone of so many dance hall hits from the late sixties to the present day. Studio One rhythms are still finding their way into mixes used by DJs and other club performers in the clubs and on discs. Downbeat The Ruler: Killer Instrumentals From Studio One presents them in their original glory with powerful horn leads and chunky guitar beats.

You will get to know groups like Sound Dimension and learn to recognize their distinctive trombone led sound. Than of course there are the Brentford Road All Stars, the house band that took their name from the studio's original street address, (it was renamed Studio One Boulevard in 2004 in recognition of company's impact) blasting out tunes for all their worth.

The bonus disk in the set Rebel Discomixes features Dub performances of songs that appeared on one of the three other discs in the set. This gives you a chance to see how the next generation of reggae performers is still utilizing this amazing music that was recorded in some instances before they were even born. Dennis Alcapone takes the old Carlton and the Shoes song "Love Me Forever" and puts a new spin on a song whose original version you can hear on Full Up: More Hits From Studio One also included in this package.

For those of you who like reggae and have always wished to expand your collection beyond the staples that are readily available in North America, or even if you don't know much about reggae at all but are interested in hearing some of the best; The Best Of Studio One Collection is a great investment. How can you go wrong with the best of the best?