Michael Jackson’s determination to turn over a new leaf and fight claims against him by former associate F. Marc Schaffel — rather than taking the more expedient and likely economical route of settling out of court — could end up further damaging his already battered reputation as more “ew” moments ooze out in court.

Schaffel claimed the now-throneless King of Pop owes him $3.8 million for work over three years including the never released 2002 charity single “What More Can I Give?” and two Fox television documentaries produced to bolster Jackson’s reputation in 2003, in addition to expenses and loans that were not repaid. However, yesterday, Schaffel’s lawyer, Howard King, said disputes over receipts, statutes of limitations and work agreements led him to cut the claim down to $1.6 million. 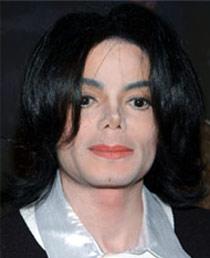 On the witness stand, Schaffel said he failed to get receipts for cash payments he made from his own overseas accounts on Jackson’s behalf, most startlingly $300,000 he said he delivered to a “Mr. X” in Argentina immediately after Jackson was charged with molestation in November of ’03. He said it was “a very private transaction of a very sensitive nature for Mr. Jackson,” and that he didn’t record it in his business ledger because “it was during the criminal matter” – meaning Jackson’s molestation trial, which ended in acquittal on all counts last summer. “I never imagined he would not pay it back to me,” Schaffel added.

In his FoxNews.com column, Jacksonologist Roger Friedman claims the fateful $300K was “part of a continuing payout” to a mother who felt her son was “abused by the pop star.” Jackson settled past abuse allegations with one family for in excess of $20 million and another in excess of $2 million.

Friedman believes “this additional money was paid to a family that had already left the United States and made a deal with Jackson long ago – but was now being sought by prosecutors” in the molestation case as “witnesses to support their ‘prior acts’ case.”

Friedman marvels that Jackson has not just paid off Schaffel so that none of the damaging information would come to light. So why HAS Jackson gone to trial over this dispute? The answer appears to come from his new business advisor, entertainment attorney L. Londell McMillan.

“It would have been to all parties’ benefit to settle,” McMillan told AP’s Linda Deutsch yesterday. “But Mr. Schaffel’s request was outrageous. And Mr. Jackson is taking a new approach to people trying to hijack him with dishonorable claims.

“This is a very important case,” McMillan continued. “It’s the beginning of a new day defending against bogus claims and accepting responsibility for his business.”

McMillan also said the outcome of the current trial is up to the jury, but “the victory is in taking the case to court. It sets the stage for Michael Jackson performing differently in his business life.”

It’s an exquisite dilemma for Jackson, who just last week announced he is leaving Bahrain for Europe and completely overhauled his financial operation with McMillan as his primary advisor: in theory, drawing a line in the sand and saying that he will aggressively contest all “bogus claims” against him is a good idea and a good way to separate the future from he past. But doing so IN THIS PARTICULAR CASE seems extremely costly in light of the damaging information coming out about Jackson’s, um, way of life.