This up and coming artist has a lot in store for fans. 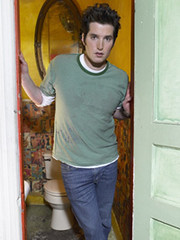 “Wasted” from Matt White‘s forthcoming album, Do You Believe is being featured on the She’s the Man soundtrack. The romantic comedy, which opened to mixed reviews May 4, features Amanda Bynes as a young teen impersonating her brother at his boarding school.

White’s climb to the top was set in motion when he was very young. He began studying piano at the Manhattan School of Music at the age of three. At 11 he penned an opera which won the Metropolitan Opera competition. It was when he went to college that he picked up the guitar out of necessity. White says, “I couldn’t fit a piano in my college room.”

White signed with Geffen records and his current single, “Best Days,” which can be streamed below, demonstrates his writing ability. It has all the makings of a radio hit and is one of the reasons Rolling Stone named White as one of their top ten artists to watch in 2006. It is light pop set to a bright and catchy tune; you can’t help but sing along. A recently released video to the single as well as a video biography are available for viewing at the artist’s website.

“Best Days” is included on the EP Bleeker Street Stories which can be downloaded through iTunes. Aside from containing two other songs available on the impending Do You Believe, the EP features “Midnight Desire,” an acoustic track that will not be available anywhere else.