Jerry and Carly rush to save Jax. Will they make it in time?

While Sonny and Diane were discussing the seriousness of the charges against Kate, she made one of her grand entrances into the coffee shop, informing both Sonny and Diane she was off to France for a preview of the new clothing lines. When Diane tried to emphasize the importance of not skipping the country while awaiting her court date, Kate bribed her to come along.

How fun was it to see the high powered mob lawyer tempted by the allure of high fashion! I absolutely love the way these two interact as smart business woman who still have passion for pretty things. With Sonny's encouragement, Diane came to her senses and she told Kate if she didn't stay in Port Charles and show some humility and remorse for the judge her new fall wardrobe would consist of orange jumpsuits.

With an impassioned plea to the customs guard holding her, Carly was soon on the trail of Jerry, who she hoped would lead her to Jax. Jerry had learned through his informants that Irina was still alive and the mastermind between his brother's disappearances. Meanwhile on the boat, Irina was just as aware of how close Jerry was to finding them and told Jax she may have to settle for Jerry finding him already dead instead of getting the pleasure of seeing his face as he watched him die.

Sorry, I'm just not feeling any of this and am so tempted to hit the fast forward button every time I see the "dreaded" Irina on my screen. Is it because I have little faith that Jax will actually end up a dead? No, I think it's more like I'm feeling manipulated by this feeble attempt to explain away Jerry's badness.

Lucky went to Jason's penthouse and ordered him to keep his distance from Elizabeth and his kids. When Jason (again!) told Lucky the night he spent with Elizabeth was just that – one night – Lucky showed the skepticism being fueled by Sam's manipulation. Later, Sam stopped by Lucky's to push her plan forward and appeared quite pleased with herself with Lucky moved in to kiss her, even though she held him off (for the moment).

Meanwhile Lulu also visited Jason's to tell him she realizes how the secret she's been begging Jason to keep is truly messing up everyone's lives. Though she's worried for her brother, she says she would understand if the secret had to come out. Later, Jason confided to Spinelli if Elizabeth wanted to pursue a relationship with him, he too would be interested.

I have a feeling after running into the two goons threatening her and her children; Elizabeth isn't going to be too keen on jumping into something with Jason though. Was this a setup? It just seemed just too convenient to me, even though it is something she should be worried about. 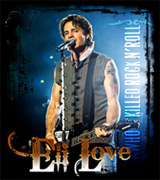