War has never been so much fun.

One of the many war-related films to fall by the wayside last fall, Charlie Wilson's War hits the DVD shelves next week and, if the world is remotely fair, will garner more notice now than it did in the theaters. Directed by Mike Nichols with a screenplay by Aaron Sorkin, the film boasts the acting talents of Tom Hanks, Julia Roberts, and Philip Seymour Hoffman.

Based on a real story and a book by George Crile about the real story, the film follows Charlie Wilson (Hanks) as he somehow, some way, manages to continually increase a covert operations budget that funnels money and munitions into the hands of Afghan freedom fighters. Wilson is spurred on in his efforts to support the anti-Russian Afghani forces by Houston socialite and ultra-right winger Joanne Herring (Roberts), and CIA agent Gust Avrakotos (Hoffman). 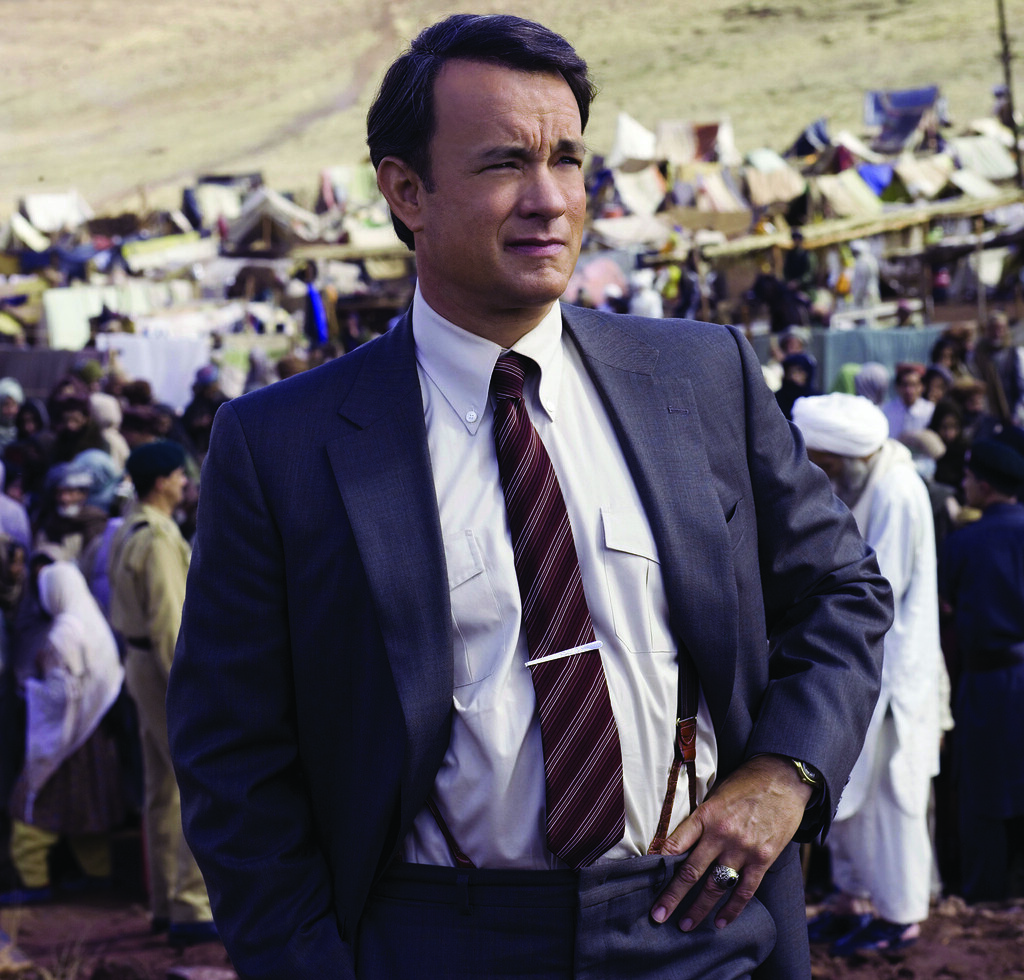 Pushed into taking a trip to Afghan refugee camps in Pakistan by Herring, Congressman Wilson takes up the cause of the Afghani people trying to stem the Soviet invasion of their country. Wilson, as a member of the United States House Appropriations Subcommittee on Defense, had an inside track on being able to raise the amount of money going to support the Mujahedeen, but his plans are initially met with resistance from the CIA.

Once he meets Gust, everything starts to fall into place for Wilson. Well, everything save for a pesky little investigation being conducted by Rudy Giuliani (who is only mentioned in the film, neither he nor an actor portraying him is present) into purported wrong-doings on Wilson's part.

Hoffman, Hanks, and Roberts are all outstanding in the film, but the real star of the show is Sorkin's wonderful screenplay and his drawing of all the characters. He portrays Wilson as a deeply flawed man who drinks, womanizes, and may do some drugs too, but who essentially wants to do the right thing for the world. 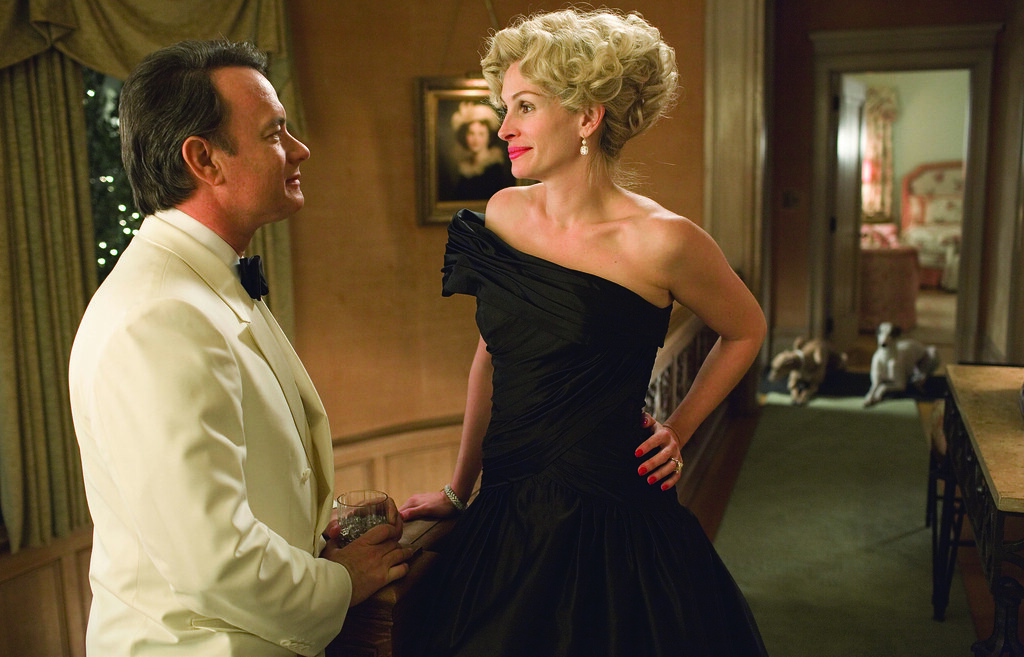 Hanks, using both his dramatic and comedic skills, is more than up to the task of showing Wilson as a very smart, very funny, and somewhat troubled individual. The film may be slightly too forgiving of Wilson's shortcomings, but that is only because it is completely in awe of his ability to support the Afghanis through his myriad of contacts.

Hoffman, as Gust Avrakotos, brings to the role the complete dedication he seems to once again have for every part he takes (and this was noted in the myriad of award nominations he received for this part). Roberts' Herring isn't as fully fleshed out as the other two leading roles, but every time she is on screen her presence seems to move the whole focus of the piece to her.

Nichols is able to keep everything moving in the film at an incredibly brisk pace, never spending too much time in any single location or scene. However, due to this pace, time passes rather abruptly and the film does not do a very good job helping the viewer keep track of the year (the bulk of the film takes place between 1980 and 1989).

Between Nichols' direction and Sorkin's script, war never seemed like so much fun. The film is still very careful to, on several occasions, show the plight of the Afghan refugees, and while the size of the camp is staggering, the camp does not appear quite as terrible as one imagines it should. 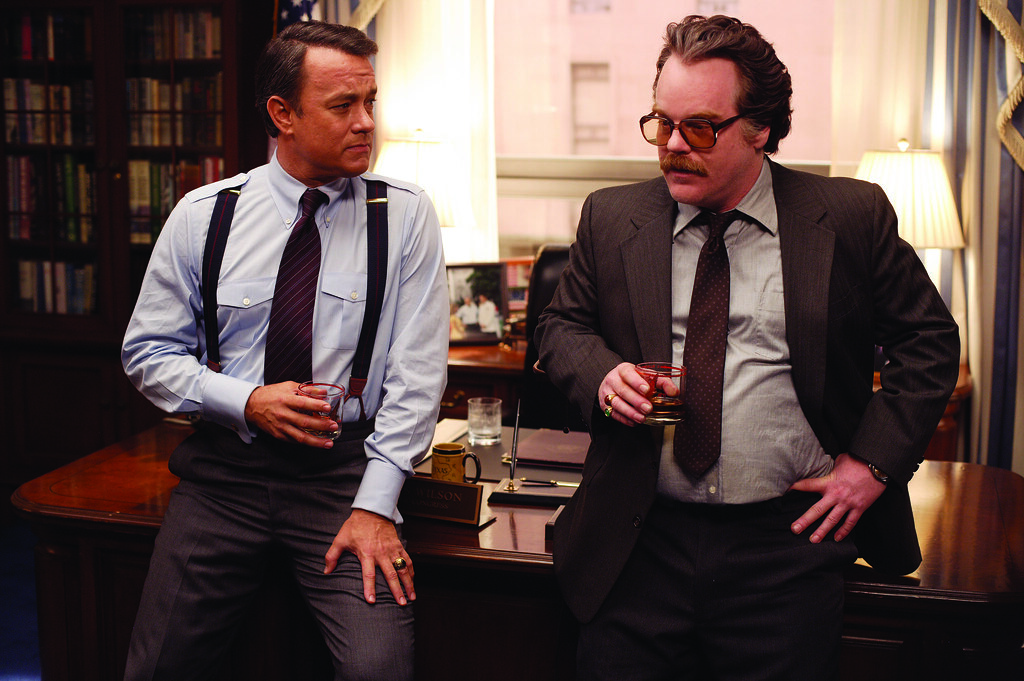 Whether a true sentiment or a false one, the film is also very careful to point out that while we helped Afghanistan fight the Soviets, we completely failed them after the Soviet withdrawal. The film makes no bones about the fact that it was our failure to help build infrastructure in Afghanistan that would eventually lead to the Taliban's taking over the country and some of the problems we face in the Middle East today.

The DVD release of Charlie Wilson's War features both a behind-the-scenes "making of" documentary and a great look into who Charlie Wilson actually is. As with the rest of the film, both of these featurettes are wonderfully interesting.

In the final summation, Charlie Wilson's War may feature a somewhat simplistic view of politics and foreign policy, but rarely allows the time to contemplate these shortcomings. It is, very much, an Aaron Sorkin piece, and anyone who enjoyed his work on The West Wing or anywhere else will find something to like in the film.