The celebs are falling all over themselves to give money, stage benefits, and the like for tsunami disaster relief — I assume no motives other than good will are in play:

Steven Spielberg is donating $1.5m to be split between charities Save the Children, Care, and Oxfam. Spielberg indicated that while he usually kept his charity donations private he had gone public to encourage others to contribute.

The “Tsunami Relief Austin to South Asia” concert will be held this Sunday, January 9, at the Austin Music Hall. Willie Nelson, Patty Griffin, Spoon, Joe Ely, Alejandro Escovedo, Bruce Robison and Kelly Willis, and the Geezinslaws are among those scheduled to perform. Proceeds of ticket sales for the concert will go to the American Red Cross, UNICEF and Doctors Without Borders.

Leonardo DiCaprio, who filmed The Beach on the now-ravaged Thai island Phi Phi, donated an undisclosed amount to UNICEF and set up a link on his website for others to donate. The tsunami has been “devastating, absolutely devastating,” the actor told a news conference Tuesday. “It is a horrific, horrific situation for all involved.” 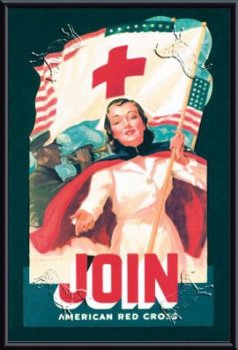 NBC Universal cable is holding an hour-long celebrity telethon Jan. 15, which will air live on the East Coast and in tape delay in the West at 8 p.m. Performers have not yet been announced. The special will be shown on NBC and on the USA, Bravo, Trio, Sci-Fi, MSNBC and CNBC channels. Clear Channel has agreed to promote the special on its radio stations nationwide.

Jay Leno is auctioning off a Road King Harley Davidson motorcycle over the next few weeks. It was signed by all his guests, including Nicole Kidman, James Woods, Scarlett Johansson, Matt LeBlanc, Donald Trump, and Ozzy and Sharon Osbourne.

Linkin Park have teamed up with the American Red Cross to establish Music for Relief and have donated $100,000 to kickstart the effort. “As a band, we were in a position to help, but this needs to be a lot broader effort — both by our fans and by other musicians,” Linkin Park guitarist Brad Delson said. “If one of our fans can donate $10, then that’s going to help, and the faster we can do it, the better.

“Here in the States, we might not think that we’re directly affected by all this, but we can help. And the more we can do, and the quicker we can do it, the more lives we can save,” Delson continued. “Obviously, there’s been a horrendous, unparalleled loss of life. But a lot more people are going to die from being homeless and the problems with the water and diseases.”

Formula One world champion Michael Schumacher donated $10 million to help the victims — a close friend and his two sons, aged four and five, were killed in Thailand.

A charity concert is being planned at the 74,500-seat Millennium Stadium in Cardiff, Wales.

Theater Review: Tonya Pinkins in ‘The School for Wives’ – Livestream from Molière in the Park