(A) remarkable tribute to a genuinely unique performer and individual.

The tradition of the solo troubadour dates back probably to pre-renaissance Europe when performers armed with a lute and a song would woo their ladyloves with extravagant words praising their charms. Traveling musicians roaming the countryside have been the subject of many a story and song themselves, until the image has obtained a kind of inherent romanticism.

Balladeers have also served to disseminate information and tell the heroic stories of the realm. So it wasn’t too great a leap for singers too make the jump to political activism in the early days of the fights to organize labour unions in North America. Men like Joe Hill penned many a song that was sung at union rallies to raise the spirits of the miners or factory workers who were trying to fight for living wages and safe working conditions.

That the mill owners and government officials found it necessary to have Joe Hill framed and killed on a murder charge shows just how much they meant to people. In the days of the Great Depression people like Wood Guthrie would travel the country singing songs to the people in the work camps, attempting to keep spirits up and to rally them to fight for a better life. .

Although as the years have passed the popularity of the solitary person on stage with a guitar has dwindled, with the hay day being the early 1960’s, every so often a new one is thrown up that strikes a chord with audiences everywhere. 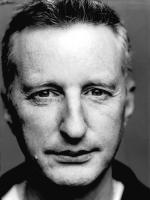 In the 1980’s it was Billy Bragg. After spending three years in a band called Riff Raff and a three month stint in the British Army, Billy embarked on a solo career with just him and his guitar. Inspired by the punk ethos advocated by The Clash, and the emotional guitar work of old blues players, he became the quintessential troubadour of his times.

Eschewing the lavish rock star life style of big venues and big bucks, he embarked on tours of pubs, church halls, and mining pitheads. His songs didn’t mince any words; re-working the old union organizing songs of the twenties and the thirties to reflect the realities of Margaret Thatcher’s England. In the “us against them” world she created, songs like “Which Side Are You On” were as relevant to the times as they had been in the Depression.

An unabashed socialist, Billy advocated the rights of the workers and the downtrodden in an increasingly conservative world. Which made his commercial success all the more surprising. With no marketing specialists, and public relations consultants his 1983 EP Life’s A Riot With Spy Vs. Spy sold a 100,000 copies in the United Kingdom alone.

But what set, and continues to set him apart to this day, from other “political” musicians was the obvious sincerity behind his music and the lack of contradiction between what he said and how he lived. When your touring consists of climbing in the back of a beat up Volvo station wagon with your guitars, amplifier and manager, there’s something a lot more genuine about you than the guys staying at the Hilton with their entourages.

What’s more is Billy wrote adult love songs. As he put it in an interview he was looking to write songs that “talked about love without saying I love you, but showed the forms love can take”. Songs like “Love Gets Dangerous”, and “Love Lives Here” aren’t designed to get you drooling over the performer, and have themes other than teen lust or boy meets girl, loses girl to other boy and whines about her.

In some ways his love songs are probably more subversive than his political material for that reason. He actually makes his audience think about relationships and the emotional interplay between people. Dangerous stuff that, elevating the subjects of a pop love song into real people and not just objects to be won or lost in a competition.

If Billy ever needed any official stamp of approval for his credentials as a singer of integrity; as if anybody could have doubted that after hearing him just once, it came in the 1990s. He was asked to front up a special project involving unfinished songs left behind by Woody Guthrie when he died.

Woody’s daughter Nora approached Billy to write the music for some of the 2500 songs that Woody had only written lyrics to. Collaborating with the band Wilco, English fiddler Eliza Carthy, blues man Corey Harris, and singer Natalie Merchant, Billy recorded two albums of these never heard Guthrie tunes. Mermaid Avenue was released in 1998, and Mermaid Avenue Volume II in 2000.

It has been more then twenty years since the release of Billy’s initial EP, so there are bound to be a lot of people out there who have missed out on the Billy Bragg experience. Yep Rock Records is doing the world a huge service by not only re-releasing early titles like Brewing Up With Billy Bragg and Talking Poetry To The Taxman, but also putting together an elaborate box set entitled Billy Bragg Volume 1

This set includes seven CDs of music, 2 DVDs of previously unavailable concert footage, and the usual biographical booklet. It’s one of the most complete retrospectives of any artists early years that I have seen in ages. Since it showed up at my door I’ve spent the ensuing hours listening to songs that, for me anyway, recalls a time when it felt like music could make a real difference.

In Billy’s voice I hear overtones of Joe Strummer and in his guitar the urgency and immediacy of punk. There’s nothing decorous about Billy, he’s right there in your face. He still has the power to force you to have an opinion on subjects. The material may not be as topical as it once was, but the attitude behind it remains as relevant today as it was yesterday.

Just as listening to old songs about the Depression years written by Woody Guthrie carry an emotional impact, Billy Bragg’s songs about the conflicts between the miners and Margaret Thatcher transcend their topic. His songs about soldiers returning from the Falkland’s Island war can just as easily be about soldiers dealing with coming home after serving their rotation in Iraq. War and its horrors don’t change just because the venue and technology have shifted.

The DVD concert footage, while some of the sound quality isn’t the best, are fascinating period pieces. Watching him perform behind the Iron Curtain in East Germany and Lithuania in the mid eighties singing about workers rights causes you to reflect on both what we know about the repressive natures of those regimes, what their reactions to genuine unions was like, and the events that we know will happen in about five years time.

I found myself looking at the audience members and wondering how many of them would be marching in the streets of Berlin in 1989 as part of the revolution that saw the collapse of the Soviet regimes. History is a funny thing sometimes and although I dearly love Billy’s music and songs, some of the comments he made during one of his concerts in the DDR were so politically naïve that they made me wince.

I couldn’t help myself from thinking that if the people in his audiences tried to act upon any of the ideals or ideas expressed in his songs, they would find themselves in a jail cell. It doesn’t detract from the truth and integrity of his music, and I hope that he to was aware of the situation and his words were chosen to accommodate his circumstances.

Not that he ever endorsed the policies of the regime, but something about it just made me feel uncomfortable. Of course I also wondered if the authorities had listened to the songs he was going to play in advance, because some of the things his music advocates would not have gone over well in with politburo members.

Those concerns are offset by the quality of his performances. I’ve never had the opportunity to see Billy live, and probably won’t, and these concerts do a wonderful job of communicating the power and passion of a Billy Bragg performance. You get an idea of his integrity when listening to him, but it’s only when you see him perform that you understand the depth of his commitment to what he’s singing about.

Two of the highlights of the DVDs for me were a BBC interview/feature done on Billy in the mid eighties after he was somewhat established. It was well done and you gain a better perspective of the man and his ideals. I can’t imagine anything similar being done on North American television at the time or even to today.

The other piece that held me, probably for personal reasons, was a short clip of him singing in Spanish in small hall in Nicaragua. This was in 1985, during the height of the American backed terrorist campaign in that country, and the small crowd was a mixture of people. A couple of soldiers, some farmers, and others gathered to hear some English guy whose songs they wouldn’t have been able to understand.

I have no idea what song he was singing, but it was obviously one the audience knew because they were all singing along. Watching Billy on stage belting out this song, with a huge grin on his face, summed up all his finest qualities as an artist and a human being. He genuinely loves what he does and is able to communicate that felling and belief in spite of language barriers.

Billy Bragg Volume 1 will be in stores on February 21 2006. Billy himself will be landing in North America in March. His first gig will be March 11th in Toronto Canada, which means it won’t be a wasted flight if he gets turned back at the border entering the States. Since he’s booked to play at the South by Southwest music conference in Austin Texas let’s hope that doesn’t happen.

All things going to plan he’ll be doing a two week tour of the United States to support the reissue of the four discs and this great box set. If you don’t own anything by this singular recording artist, than I’d highly recommend Billy Bragg Volume 1 It’s a remarkable tribute to a genuinely unique performer and individual.