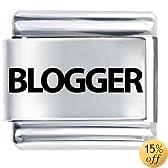 A message from the blogosphere: “Hi there. My name is Chuck Olsen, and I’m producing an independent documentary about blogs. Blogs empower us to tell our story, to spout and debate our politics, and to share ourselves with the rest of the world. What compels us to blog? How does it affect us, each other, our work, the mediascape, and the world? Does the blogosphere have a life of its own, like an ant colony excited by the discovery of food? Do you have thoughts on these questions? I would love to hear them.”

Olsen will appear in person to introduce the screening and answer questions afterward.

Blogumentary, a clever mix of documentary film and online weblog, makes the case that many of the important conversations in politics and media in recent years have either originated with or been disseminated by independent online publishers–a.k.a. bloggers. Directed by Twin Cities-based blogger/filmmaker Chuck Olsen, the movie goes further to suggest that blogging has nudged the mass media out of its dogmatic slumber and into a new form of conversational journalism even as indie blogs remain busy connecting regular people and important ideas in ways never before imagined.

This new and evolving form of online publishing is known by many names: “personal media,” “open-source journalism,” “collaborative media,” “micro-journalism.” But Olsen says he’s flexible with the terms blog and documentary, and uses this to his advantage by fusing the two reality-based formats in his film.

….In this sense, Blogumentary is an experiment of desktop publishing that uses two essential programs–Final Cut Pro and Blogger–to illustrate the blurring of the line between producer and consumer. (The companion website, which includes an extensive video archive, can be viewed here) The film also challenges long-cherished notions of copyright, authorship, and objectivity. Olsen calls it an “open-source documentary” and is licensing hours of raw interview footage to Creative Commons, a new form of media licensing that, unlike traditional copyright law, allows content to be modified and redistributed. Which in turn allows the movie to confront the economic imperatives of another long-cherished institution: the film festival.

….City Pages: A documentary about blogs? How many people have raised an eyebrow at that one?

Chuck Olsen: Everybody–especially bloggers, even though they’re intensely interested in it. I always say that Blogumentary is not about the internet: It’s about people, or what’s behind blogs. I’m not really focused on the technology, which will probably disappoint some people, but will make the film more watchable for the general public.

CP: Who do you think the audience is for this film?

Olsen: Anyone interested in media and politics and people. I have a lot of interviews with bloggers, and only a small number of them made the final cut. A different film could be made from that footage–a film on the culture of blogging or the technology of blogging or many other topics.

….CP: By its very nature, Blogumentary is not even a single, identifiable thing.

Olsen: Right. A lot of people didn’t realize until recently that I’m actually doing a film. Blogumentary is partially a website, partially a large collection of archived video interviews, and partially a documentary. It’s become an amorphous entity without beginning or end.

….CP: One of the first things you say in the film is, “When you start a blog, you are the media.” Should bloggers aspire to be journalists?

Olsen: Blogs are obviously different things to different people. With all the skepticism of the mainstream media today, people have become motivated to deviate from traditional journalistic forms. Some people in the online community who started out as journalists are trying to produce a training curriculum for bloggers to learn about the craft of journalism. I think that’s a good idea, but I also like that bloggers don’t have to deal with those restrictions–I like that everyone goes about it in their own quirky way.

CP: Since Drudge, it’s almost trite to ask this question anymore–but are you worried about a downside to this form of instantaneous journalism?

Olsen: Some of the competitive elements of journalism spilled over into blogging. It’s like, “We were wrong first!” is acceptable. The best response to this worry is that over time the power of many comes up with the right answers. Because of comments and the viral nature of blogs, mistakes usually end up correcting themselves. Micro-journalism is like a self-correcting organism. Right now, bloggers–like the general public–are so critical of the media. And that’s good, but we’ve reached a point where we have to start asking when we will offer a vision of the future. We need to give solutions rather than tearing everything down.

….CP: Do you think we should have more blogs?