Nova and National Geographic team up in an all-new episode.

Though it seems like a natural, this Tuesday marks the first collaboration between Nova and National Geographic Television. The material, entitled "The Great Inca Rebellion," focuses on new discoveries and revelations about the Spanish conquest of the Incas. It is certainly a worthy topic for these two heavyweights to tackle together.

As the documentary states, for years the accepted version of the Incas' devastating defeat by the Spanish focused on horses, steel, and germs. The commonly accepted view is that due to the horses and steel of the Spanish conquistadors, the Incan army was no match for the Spanish. Then, as the Incas came into more contact with the Spanish, they fell ill and died due to diseases carried by the Spanish. In short, it is because the Spanish wore more advanced and somewhat lucky.

Now, however, a new theory has emerged. There are some historians, archaeologists, and assorted other scientists who are piecing together a different version of the events. They believe that while it is true that horses, steel, and germs helped the Spanish, that a deciding factor in these battles was in fact the enlistment of other native tribes to battle against the Incas. 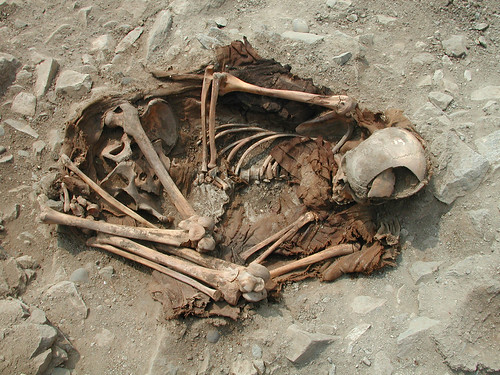 Nova begins this story by talking to Peruvian archaeologist Guillermo Cock. Cock, who has for a long time been provided grants by National Geographic, discovered an old Incan burial ground on the outskirts of Lima. While some of the graves there are traditionally Incan in nature, nearly 70 others, which sit on top of the Incan graves, are not. They may contain Incas and other natives of the region, but they are buried haphazardly, not in the methodical Incan style. The bodies also contain crushing blows to the skull and numerous broken bones.

After bringing in experts, it was determined that at least one of these bodies contains a bullet wound, one that is consistent with what would be produced by the Spanish guns of the era. That, along with other evidence, helps Cock and his team place the site as the first one that contained bodies from the same time period as the Inca Rebellion in Lima. 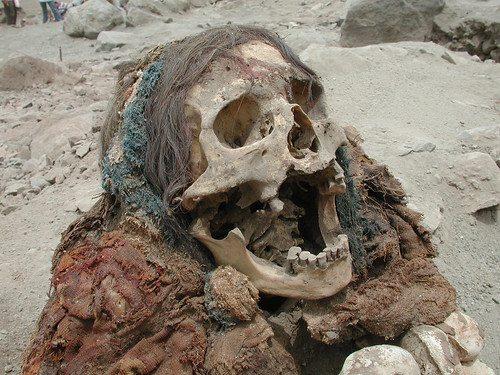 Once the narrative of the documentary gets this far,it takes a strong left turn and becomes almost something else entirely. Two separate historians, without the aid of the grave site, have already started putting together a different view of the Spanish conquest than the traditionally accepted European one, one in which other Indian tribes played a huge role in vanquishing the Incas. These historians recount how Francisco Pizarro's concubine was an Indian and how the Inca Rebellion in Lima was not put down due to a heroic charge on a part of the Spanish cavalry, but rather by the concubine having written to her mother, a tribal chief, that sent an army to help Pizarro.

The story of the cemetery and the Inca Rebellion are told with great style and it is clear that a lot of care went into constructing all the visual images. The various tales told within the single documentary are fascinating as well, but, as presented, they do not mesh as smoothly as they ought. They should work together perfectly as they are two halves of the same whole, but very little effort seems to have been put into having these two stories flow from one into the next. It's sad, because the rest of the documentary is put together well.

The historians interviewed have clearly been formulating their beliefs for longer than this new cemetery has been known to exist, yet the episode makes little mention of this. The cemetery supports the historians' already existing beliefs, rather than helping the historians formulate them. Additionally, the historians make no mention of the grave site. It seems completely and totally beside the point to them, which aids in the disjointed feel of the program.

Despite this weakness, the episode is an engrossing look at the historic realities of the Spanish conquest of the Incan Empire (which was, as the episode reminds us, in decline when Pizarro arrived). While the cemetery is clearly the impetus for the episode, the more fascinating aspects of the historical reality, the second half of the episode, is the more interesting half.

Nova – "The Great Inca Rebellion" airs on PBS, Tuesday, June 26 at 8pm. However, it's always best to check your local listings rather than just taking my word for it.