Nova takes a close look at Pocahontas, the legend, and the myths surrounding her.

Archaeology is not a hard science. It is speculation melded with myth, legend, wishes, hopes, and a few facts tossed in for good measure. Nothing makes this more clear than Nova’s latest episode, “Pocahontas Revealed.”

This May marks the 400th anniversary of the settling of Jamestown, the first successful, permanent European colony here in what became the United States. However, until recently, virtually all hard evidence of what had taken place at Jamestown was gone. The fort in which the settlers lived was believed to be currently underwater due to erosion of the land by people living in the area, including tour guides. No one knew where Werowocomoco, the alleged location of the fateful meeting between John Smith and the young Pocahontas, was located. Everything was shrouded in a 400-year-old veil.

Enter the archaeologists, the well-wishers, and the dreamers. The fort has been found. They are starting to get a better idea of what things may have looked like at the time in the fort. However, that still leaves the Native American part of the story in the dark. Happily, a woman who bought a farm in the late 1990s started finding tons of Native American artifacts on her land and made some phone calls. It is now believed that the land where her farm stands is the area once known as Werowocomoco. 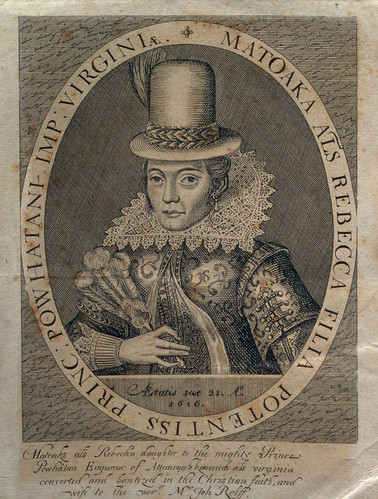 Werowocomoco was the political capital of an Indian chief named Powhatan, the father of Pocahontas. Archaeologists are currently uncovering more and more of the site, hoping that they will be able to use the diaries and writings of John Smith, in conjunction with their findings, in order to get a better idea of what took place at Werowocomoco.

However, the romanticized notion of John Smith’s meeting with Pocahontas was not the story Smith first told; that didn’t emerge for over a decade. So, Nova asks repeatedly in this episode, what is the truth of the matter?

Sadly, though Nova never states this, the truth cannot be known. To say that this episode “reveals” Pocahontas is to say that by knowing about two different towns that an individual spent time in, one can know the minutiae of what happened in his or her life.

It is not that the uncovering of these two sites isn’t interesting. It is not that hearing that the truth about Pocahontas’s life might be more mundane than novels, films, songs, and other forms of communication might lead us to believe is uninteresting. But, the fact of the matter is that this episode does not reveal anything about Pocahontas that was unknown (save that we may now know the exact site of two towns she lived in).

Nova’s “Pocahontas Revealed” does lay bare some truths about Pocahontas, John Smith, Powhatan, the English settlers, and life in North America in 1607. It does not however, as one might have hoped, reveal terribly much new information, but rather dispels clearly incorrect mythology that has sprung up around her story.

Unquestionably, there is a lot of activity and uncovering of evidence taking place currently at Jamestown and Werowocomoco. I would be very interested to see what exactly a documentary on this same subject might reveal in five or ten years. Hopefully, a decade from now, Nova goes back and updates this piece. Perhaps at that point Pocahontas truly can be revealed.

“Pocahontas Revealed” airs on Nova Tuesday, May 8th, at 8:00 pm, but it’s still always a good idea to check your local listings.