The Grammys 2012 are lacking diversity and ... music 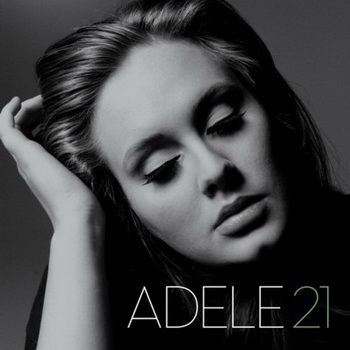 After a severe cut in ethnic Grammy categories, the Grammys 2012 don’t look like a celebration of “music, truly universal and healing” anymore, to quote the night’s host LL Cool J. Music may be still healing, helping us to deal with events like the untimely death of Whitney Houston, but it surely isn’t universal, not at the Grammys 2012, at least, where besides rock, pop, rap, r&b and country, nothing else seems to exist. So what is left of the ceremony two days after?

Lady Gaga with a caged face staring at the stage (“the black one is the Queen,” said my little daughter, and was wrong for the Queen of the night was beautiful Adele, with the best voice and makeup, cool as a cucumber even when she said “snot,” gum-chewing and sweetly smiling). Gold-wrapped Bruno Mars. Chris Brown skipping on and off colorful blocks, parkour for nursery school. Rihanna and Coldplay (did someone say Lana del Rey was bad on SNL?). Katy Perry (barely keeping her eyes open because of the darned lashes). David Guetta (music, what music?). Nikki Minaj – with her alter ego Roman – this girl has never been in serious trouble; otherwise, she wouldn’t be treating the issues of good and evil with such frivolity, and rightfully angering many people).

The hopeful beginning with Bruce Springsteen lamenting our lack of concern for the ones in need, conveniently placed first, in fear of not leaving an unpleasant aftertaste, God forbid, of social injustices and inconvenient truths. Alicia Keys and Bonnie Raitt’s touching tribute to Etta James. Kelly Clarkson and Jason Aldean. Foo Fighters (both the feisty open air performance and the moving speech about recording in a garage and acknowledging the “human factor” in music). Taylor Swift (simple and understated with a strong, timely song). Adele (effortless and well deserving the standing ovation she got). Tony Bennett and Carrie Underwood (both cute). Paul McCartney (Sir Paul McCartney, apologies).

A Note To Producers

No matter how elaborate the productions, lavish the costumes, and ape-like the choreography, the people want music, and they won’t be fooled. Two acts particularly – Adele and Foo Fighters – have proven on February 12, 2012, that a voice and a couple instruments are enough, even today. So cut the feathers and the Auto-Tune. What we could do with is a bit of Native American, or a Latin Jazz, or Cajun. Peace.

'Still Working 9 to 5' unites the cast of '9 to 5' who discuss the film's impact and strides women made 40 years later.