Something to cheer about!

I celebrate weeks like this when there is something for me to be excited about as I report the latest sales figure from the iTunes Music Store.  What has me excited?  The return of The Black Keys!  Brothers had a #1 debut but hasn’t been seen lately on the charts until notching enough downloads this week to move into the 10-hole. 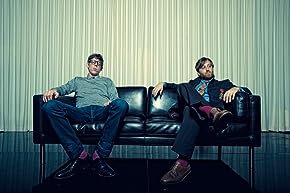 Some of you aren’t old enough to remember when Radiohead was an underground British band known only on college campuses until they reached a mainstream surge so large Brad Pitt even had something (dumb) to say about them.  The Black Keys are having a bit of that type run. I know there have been plenty of “it” bands between Radiohead and Black Keys but most of them sucked.  It was cool to like them and people did but they were unspeakably awful.  The Black Keys represent one of the joyous moments when popular and good coincide.  You still may not have heard of them but you’ll be telling everyone you were listening to them back in the Rubber Factory days.  No one will believe you.  If you don’t have Brothers, you should.

With that touch out of the way, let’s look at the 19 things on the chart I don’t like.  First up: Jonas Brothers.  I don’t know what they’re getting at with L.A. Jonas and I don’t really care.  They seem like nice enough kids but they’re reasonably insipid.  Sheryl Crow is trying to make a modern day Dusty Springfield/Memphis record.  I really liked her first few records but somewhere along the way she lost me.  I don’t know if it’s me or her, but we started walking separate directions.  I’ve heard the first single from 100 Miles From Memphis and I feel compelled to sue for false advertising- she didn’t get that close, at least on that track.

Other than that, it’s pretty much all Eminem and Katy Perry and I just can’t bring myself to say any more on either of those subjects so here are the charts, yours if you want them:

Just in time for the 2020 Grammys, here is my annual list of top releases of 2019 (including Baroness, Lana Del Rey, Neil Young, Lizzo, and Slipknot).