Want to be a samurai? How about a girl? Enter to win a prize pack about both!

So, You Want to be a Samurai Girl? Enter and Win!

Now, I'm not using the word "girl" as a pejorative (nor the word "samurai" for that matter).  I'm using it because it's in the name of a new ABC Family miniseries, Samurai Girl. It's all going to air on three consecutive nights, September 5-7 from 8-10pm each night.  I have the first episode sitting in front of me right now, and I'm going to try to get a review of it up, but right now I have something entirely different to tell you about Samurai Girl – we have a prize pack associated with the miniseries to giveaway (you already knew that didn't you?). 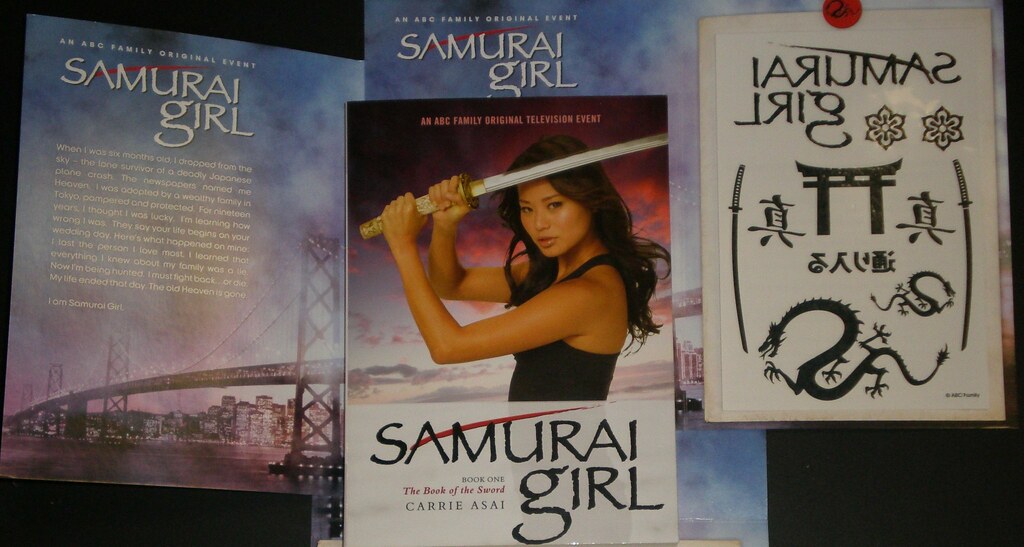 Here's the deal – we have a copy of the book Samurai Girl, written by Carrie Asai and Samurai Girl branded tattoos (temporary, I assume and hope) and we're willing to give both away to one lucky, lucky winner.

What, you want to know the rules too?  First, calm down.  Stop yelling about it.  I don't respond well to yelling.  Put away the hot poker and we'll talk.  Put it away.  Now.  What is this, the Spanish Inquisition?  Fine, fine, here they are (plus the ones on the entry form itself, of course):