Run for your life! Reverend Run is on his way!

Oh Reverend Run.  You funny, funny man with your own reality show on MTV called Run's House.  I hear that you're starting your new season, number four, this week, on October 25.  Congratulations to you, it's quite the milestone, most shows never make it that far.

Tell you what, why doesn't Blogcritics Magazine due something, with a little help from your people of course, to celebrate this occasion?  Yup, I think that's just what we're going to do.  So, here's the deal Mr. Run, we're going to be giving away two copies of the first two seasons of your show, Run's House, on DVD.  Seasons one and two, very handily, come in a single box set, so we'll have two winners that will each receive a box set.  How does that sound to you?  It do run run run – it do run run, don't it, Run?

I kid, I kid, and I only kid because you have kids and I'm sure you'r 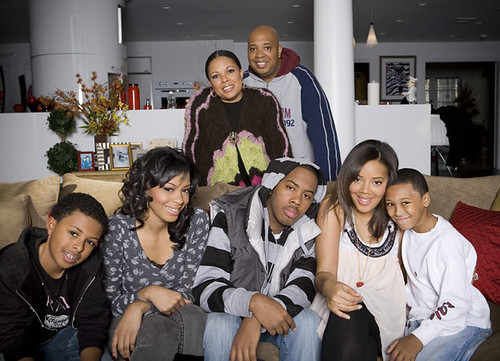 e cool with it, you seem like a "cool with it" kind of guy.  You are cool with it aren't you?  Tell me you're cool with it!  To be clear, when I say "I kid" I do not mean that I kid about the giveaway, we're doing it for you, with your people's help, in your honor.  Because that is just how great we at Blogcritics Magazine are.

For those of you out there not familiar with Reverend Run and his brood, you can check out the first episode of the new season at Yahoo TV right up until the new season starts on October 25.  That's right, in case you haven't heard, the new season, season four of Run's House starts on MTV on October 25.  Since that's so few days away, and the link will stop working, just below this paragraph is the trailer for the show (oh happy day!).

So, anyway, the rules (there are always rules Run, I'm sure you know that having as many children as you do).