Paris Hilton, promoting her catchy new single “Stars Are Blind,” is also on a whirlwind tour of emotions, creating one of the more challenging weeks in the long and illustrious career of her publicist, Elliot Mintz.

Paris is once again speaking freely (big mistake Elliot) to the press, and this week alone she has cranked out some serious sound bites bound to kick up all kinds of dust.

In an interview posted Sunday by London’s Times Online we are shown that Paris, always on the edge, isn’t afraid to fan inflammatory flames in the direction of her media arch-rival Lindsay Lohan.

When asked about her ex, Greek shipping heir Stavros Niarchos, now cozying up with Lohan, Paris had this to say: 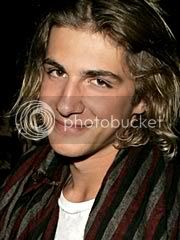 “That was crap. She’s never even hung out with Stavros. He thinks she’s pathetic.”

For those of you not familiar with the history of these two lovely ladies, earlier in the summer Paris was out on the town with fellow heir to multi-millions Brandon Davis when all hell broke loose. Lindsay and Paris had had a “run in” at a club, reportedly due to Lindsay hanging out with Paris’ ex, Niarchos, and then having the temerity to approach Hilton while the two were out partying at the same club.

The rest lives in “firecrotch” infamy, as Brandon unleashed a good five minutes of creative insults about Lohan, her anatomy, and impoverished state of being on camera for the stalkerazzi at TMZ.

It was rumored that after FireCrotchGate, much private backpedaling occurred, including Davis apologizing to Lohan, and Paris and Lindsay even having a heart-to-heart at Paris’ home in LA.

Yet, clearly the feud rages like a burning yeast infection. No word yet from Camp Lohan, but I must offer this cautionary warning to Paris: Don’t mess with fire-haired ladies, especially if she’s been coke binging. Crazy beats snarky any day.

In other Paris news, a new video has been released by guess who? No really, guess who? TMZ. This one contains some the most heartbreaking scenes of sadness this celebrity writer has seen since Tom Cruise molested Oprah’s couch.

Miraculously, TMZ reporter Harvey Levine scored a one-on-one interview with Paris to discuss the message boards about her on the TMZ site. Titled “Paris Hilton to TMZ – You’ve Hurt Me Bad” the irony and cruelty on the part of TMZ is unmatched by anything this side of… well it’s just not right.

In what appears to be an impromptu interview, Harvey approached publicist Mintz and politely asked if he could speak with Paris about the vicious comments being made regarding his client. Any normal PR person would have run to the hills when approached by TMZ, but Elliot and Paris conferred, threw caution to the wind and these tasty morsels were captured.

Levin asked Paris if he could read her some comments and get her reactions to them -his choices out of the million of so comments where the following:

“Paris is like a fart in a mitten. You know it’s there, you can’t stand it, but you can’t get rid of it,”

and, “Would you please drop over dead or commit suicide, you damn slut.”

Hilton looked shocked. You can almost see the dawning realization connect within her bitty neurons that she’d been had, but like a person with millions more than the rest of us, she put on her unfazed face and responded politely and demurely: “I’m far less promiscuous than any of my friends,” and “I’m judged because of something that an ex-boyfriend did to me. I’m not a slut at all.”

With a straight face even.

Paris also stated that the TMZ comments were “very hurtful,” and some “make me cry – they think I don’t have any feelings.”

And some people say Paris is a talentless hack. Nay I say: Paris is an Oscar-contender with nerves of steel.