Paris and Nicole: Hot Not

I have been somewhat surprised by, and even admired, the way Paris Hilton and Nicole Richie have maintained their rather sweet girlish friendship that is at the heart of their The Simple Life series.

But, alas, all good things must end, and SOMETHING Nicole did — besides losing weight and looking as hot as posing-Paris in the current series — has mightily pissed off the hotel heiress, so much so that she issued a statement:

“It’s no big secret that Nicole and I are no longer friends. I will not go into the details of what happened. All I will say is that Nicole knows what she did and that’s all I am ever going to say about it.”

Hilton is reportedly trying to convince Fox to recruit Rod Stewart’s daughter Kimberly Stewart to costar with her on The Simple Life 4. “You know, I’ve had three great seasons,” Hilton said. “I love the show, and I just want to freshen it up and make it funnier and bring new things in. It’s going to be a big surprise. And everyone is going to be very excited and happy about it.”

“We are currently discussing internally the creative direction of the next season of The Simple Life,” a Fox spokesman said. “We are huge fans of both Paris Hilton and Nicole Richie and look forward to solidifying our plans for the next installment of this fantastic franchise in the very near future.” 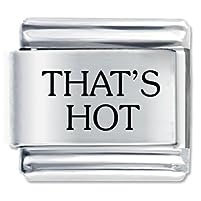 Rumor also has it that Richie might get her own reality spinoff, a Newlyweds-type endeavor focusing on her life with soon-to-be husband Adam Goldstein, aka DJ AM.

E! reports that the leading theory of who did what to whom concerns a prank gone bad at Hilton sister Nicky’s apartment, where a group had gathered to watch Paris’s (unimpressive) Saturday Night Live hosting debut from February only to find that SOMEONE had replaced the SNL tape with the infamous One Night in Paris snurfle tape.

In lighter news, on the big screen, Hilton is co-starring with Elisha Cuthbert in a remake of ’50s horror classic House of Wax, opening May 6. Click here for more on the film and access to a Paris Hilton podcast.