The Beach Boys lost masterpiece has been realized at long last.

If there was ever a walking, talking argument for there being a fine line between genius and insanity, then Beach Boys creative mastermind Brian Wilson certainly fits that description. For Wilson, SMiLE — the great, lost Beach Boys 1967 masterpiece that has long since attained mythical status — is by all accounts the place where the madness and the muse collided once and for all.

At the time of its creation, Brian Wilson was trying to top Pet Sounds — an acknowledged pop masterpiece itself — by committing the heavenly sounds he heard in his head to vinyl, using the limited recording technology of the day. At the time, Wilson called SMiLE his “teenage symphony to God.”

In addition to raising the bar on his own work though, Wilson was engaged in a battle of creative one-upsmanship with the Beatles, who had just come off of Rubber Soul and Revolver (Sgt. Pepper was still months away). 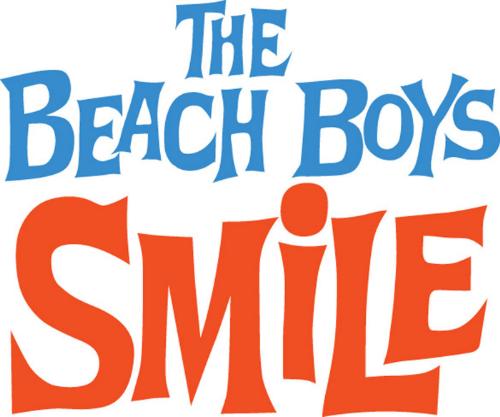 Ultimately, SMiLE collapsed under the weight of Wilson’s perfectionist approach, and the rest of the Beach Boys more commercial desire to just continue making the hits.

The aftermath of this found the Beach Boys riding out the seventies and beyond by filling stadiums as an oldies act, while Wilson spent many of the same years in and out of both his sandbox and psychiatric care.

Meanwhile, the legend of the unreleased SMiLE has only grown. Bits and pieces of this greatest of lost albums have surfaced over the years, beginning with the inferior Smiley Smile album the Beach Boys themselves eventually released instead, to numerous bootleg recordings.

In 2004, Wilson revisited the project himself, piecing it back together from memory with the help of a great band of young bucks on Brian Wilson Presents SMiLE. Wilson even overcame a decades long case of stage fright, by taking it out on the road for a critically acclaimed tour.

But there has never been a serious attempt to revive the original, unreleased Beach Boys SMiLE album until now. Whether or not The SMiLE Sessions will go down as the definitive, or even the final word on SMiLE remains to be seen. But for now, it should more than satisfy long suffering fans who have waited decades for this album.

If nothing else, this ambitious attempt to resuscitate one of rock’s greatest lost masterpieces is noteworthy for the fact that it was made with the blessing and participation of both Brian Wilson and the surviving Beach Boys alone. Symphony to God or otherwise, the idea of these two often warring parties meeting anywhere but a courtroom has to be seen as nothing short of an act of the Almighty Himself.

On the two disc deluxe version (there is, naturally, also a larger boxed set), you get the album in its intended sequence, in pieces put together from the original sessions. Yet, while the actual SMiLE album was never officially completed, there is nothing unfinished sounding about what you get here.

The multiple layers of strings and voices that Wilson heard in his head, methodically pieced together as they were, sound as complete here as on the 2004 solo version recorded using modern technology. But if anything, the mix here is a lot warmer sounding. This is especially evident on songs like “Do You Like Worms (Plymouth Rock)” and of course “Good Vibrations.” As good as the young cats in Wilson’s 2004 band sounded, there is simply no substitute for the multi-tracked vocals of the original Beach Boys in all their sixties prime.

But mostly, finally hearing the multiple layered vision Brian Wilson must have originally imagined come to life is just astounding. The genius of songs like “Cabin Essence” and “Surfs Up” is something he has rarely achieved since (although he came close on the self-titled Brian Wilson solo album with both “Love And Mercy” and the “Rio Grande” suite).

The combination of music this intricately put together, while sounding so fresh and innocent is simply mind-boggling. The fact that it was done using the limited technology of sixties recording is equally remarkable. Brian Wilson really was a mad genius.

The second disc here breaks this technique down even further, taking the listener into the actual recording process with multiple takes that reveal how each song was put together in short fragments. There are at least five tracks devoted to bits and pieces from “Heroes And Villains” alone. This is fascinating, if admittedly geeky stuff that may not resonate with the average listener (and there is even more of it on the box). But you also get humorous insights into the band, as they joke about things like the “acid kicking in” in between takes.

They were joking, weren’t they?

But the main event here is the SMiLE album itself, which sounds every bit as good here as fans who have salivated for its release all these decades could have hoped for. The 2CD version also features a poster of the original album art, a booklet with liner notes from Wilson himself, and even a SMiLE button.

While this still may not be the final word on Brian Wilson’s “teenage symphony to God,” The SMiLE Sessions meets and exceeds decades of legend and expectation. The Beach Boys lost masterpiece has been realized at long last.