Steven Wilson's third - and best - solo album, is also his most ambitious to date.

Music Review: Steven Wilson – The Raven That Refused To Sing (And Other Stories)

Steven Wilson’s third – and best – solo album since putting his much better known band Porcupine Tree on indefinite hiatus, is also his most ambitious to date.

Although there are only six new songs on the album, three of them clock in at over 10 minutes, and each are based on original paranormal stories written either by Wilson himself, or with help from Hajo Mueller (who co-wrote the novella length “title” story “The Raven That Refused To Sing”). On the deluxe edition of the CD package, there is even a 128 page hardbound book containing all of the complete, accompanying stories, as well as original drawings by Mueller, in addition to the four discs housed inside. 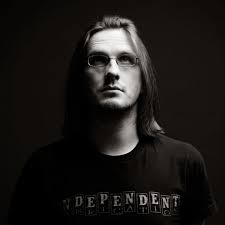 The good news for any doubters, fearful that Wilson might have gone a reach too far this time, is that The Raven That Refused To Sing (And Other Stories) is an album that works on numerous levels in spite of itself.

Much of the credit for this has to go to legendary producer Alan Parsons, who was apparently coaxed out of semi-retirement to serve as co-producer (along with Wilson) and engineer for this album.

Parsons unique trademark of recording densely layered music in such a way that you still hear everything from the deepest bass tones to the lightest, most subtle nuance has rarely been better served than it is on this recording. The sound here is absolutely pristine, making for a worthy companion piece to Parsons work on classics like Abbey Road and The Dark Side Of The Moon.

But while Alan Parsons production work compliments Wilson’s songs quite nicely, it never overshadows it. Perhaps the biggest reason that The Raven That Refused To Sing (And Other Stories) is such a great record, is Wilson’s renewed focus on songwriting.

While both 2009’s Insurgentes and particularly 2011’s Grace For Drowning certainly had their moments, each also had an uneven feel to them – sometimes wildly so. Where the virtuoso-level playing heard on those albums was occasionally dazzling, it just as often fell into the jazz-rock/fusion trap of musicians sounding too much like they are just trying to out-impress one another with their chops.

The Raven That Refused To Sing (And Other Stories) isn’t completely immune from this either. The intros to both “Luminol” and “The Holy Drinker” sometimes veer a little too close for comfort into Spinal Tap “Jazz Odyssey” territory. The good news is the songs themselves are so strong that such blinding displays of musical technique never threaten to completely overwhelm them. 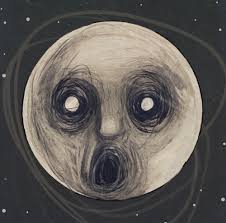 The other thing that makes this album such a rewarding listen – especially for fans of old-school prog-rock – is the way that Wilson himself wears his own prog influences so proudly on his sleeve.

It’s hard not to hear a song like “Drive Home” for example, without being reminded of the majestic sounding sweep of Steve Hackett’s Voyage Of The Acolyte. Like the best songs from that album, “Drive Home” slowly builds tension as Wilson sings lines like “you need to clear away, all the jetsam in your brain” (love that line!), before hitting its crashing crescendo of soaring guitars and deep, thudding drums. Parsons crystal clear recording is particularly shiny sounding here.

On “The Holy Drinker,” an evil-sounding fusion intro eventually gives way to a grand swell of full blown, mellotron choir vocals that will take prog-rockers through a time warp right back to those old Genesis and King Crimson records. On the liner notes, Wilson goes so far as to proudly confirm that the mellotron heard is the same one used by King Crimson themselves.

If the “stories” on The Raven That Refused To Sing (And Other Stories) represent a welcome move back towards more traditional songwriting for Wilson, it comes across as more of a natural progression than a radical shift. The music is subtle, dramatic and powerful, sometimes all at once.

Mostly though, the music on this album complements the accompanying stories perfectly. These six songs do exactly what great songs are supposed to do. And the title track may be just about the saddest, most beautifully melancholic song I’ve ever heard…