Defining Eddie Money by the ’80s is a bit of a misnomer. He was moonlighting from the New York Police Academy to play his music in the late ’70s and is still pumping out new albums today. He also continues to tour, whether it’s independently or part of the We Are The ’80s tour, which is criss-crossing the nation this summer. I suppose, though, if you were going to pinpoint a time when Eddie Money was shaking his hips regularly on MTV and his gravely voice was coming from every radio in the nation, it would have been the eighties. Eddie Money’s We Are the ’80s contains fourteen tracks from the five albums released between 1980 and 1989.

Two tracks come from his Playing For Keeps album (which was actually his third release). “Running Back” is an easy pop song with reggae influences, while “Let’s Be Lovers Again” is a soft remorseful ballad. Both contain dissimilar soft feminine voices that offer contrast to his rough and coarse voice, something pretty common to most of his songs. “Let’s Be Lovers Again” is a duet with Valerie Carter and has a moody bluesy jazz feel. Playing this disk was actually the first time I heard this track, and it is the type of song that certainly stands the test of time. It is great no matter the decade.

While other artists were shying away from the just budding MTV, Eddie Money was one of those artists who saw the potential benefits and over his career has created somewhere in the neighborhood of 30 videos, one being “Shakin” (shown here) from his 1982 album No Control. As in this case, his videos were most often narrative, visualizing the lyrics. “Shakin'” features both a representation of the car and woman he is singing about in the song. The song is drum heavy with a driving beat, which worked well with the car and drag racing visuals in the video. With the horns and the “woo ohh ohh” background vocals, it has a classic sound and the subject matter, girls and the possibility of hooking up, makes it a classic Eddie Money song.

Originally from the same album, “Think I’m in Love,” is another example of Money’s diversity and ability to mix sounds on a CD. While there is no mistaking the song as one of his, and the rolling guitar riffs give it a classic eighties sound, the song has a completely different sound than “Shakin’.” It is the most pop sounding of the released singles thus far in his career and was the first to break the top twenty on the charts since his first song in ’79, “Baby Hold On” (which doesn’t appear on the CD). 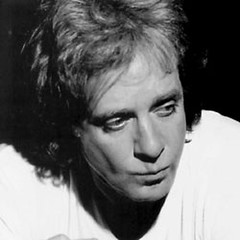 Even though it didn’t come out until 1983, “Big Crash” from Where’s The Party? is the one song on Money’s We Are the ’80s that holds memories from my teen-age years. It was never a mainstay on the radio and didn’t chart very high, but I remember the first time I saw the video and it instantly became a song that has long made an impression on me. If you haven’t heard it, and it wouldn’t surprise me if you hadn’t, it’s in typical Money style, with quirky catchy lyrics about an out of control girl whose “heading for the big crash, running with the wrong trash, moving too fast, heading for a big crash.” And yes, the whole song is a cheesy string of rhymes, but you can’t help singing along.

The biggest single of his career, “Take Me Home Tonight” was featured on the 1986 Can’t Hold Back. The song featured Ronnie Spector crooning out her playful “Be My Little Baby.” With its seductive and sensual lyrics set to a moody, yet typical 80s pop fare, there is no question why the song sailed to the number four position on the charts and helped the album maintain a 14-month run at the top. 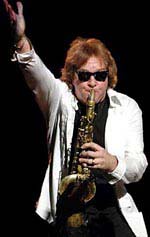 “I Wanna Go Back” followed and, once again, a solid pop classic was followed with something much softer. The song is just a bit more than a power ballad, reminiscing about a past that is just out of reach. Again, it features the horn section that makes an Eddie Money song his own. Even though it’s lyrically simple and the chorus is catchy and hook-filled, or maybe because of those reasons, it’s always been one of my favorites.

In 1988, Money’s next album, Nothing to Lose, would produce “Walk On Water,” and he would find himself back on the top of the charts. The pop tune with harmonious melodies and complimentary back up vocals give it a softer feel than most of his bluesy pop songs, yet it’s not quite as soft as his ballads. Again, this shows the ability Money has to reinvent himself just enough with each album to keep himself fresh in the public’s eye and ear.

The final track on Eddie Money’s We Are The ’80s, “Peace in Our Time” is attributed to his ’89 album, Greatest Hits Sound of Money, and was one of the four new songs on the release. The most diverse of the songs on We Are the ’80s, it shows a softer, thoughtful side of the singer-songwriter. The focus is turned from the usual topics of fast cars, pretty girls and romance to the serious and lofty question of peace.

After a short hiatus in the early ’90s, Money returned to music and has continued to release albums and singles. His latest album was released earlier this year. He also continues to tour and claims he will do so until his fans stop coming to see him. There’s no denying, however, the songs (and the videos of them) contained on Eddie Money’s We Are the ’80s went along way to defining the decade.