Imagine the near future, 20 years or so from now.  Al Gore’s dire predictions are beginning to come to fruition. The world is falling apart, cities and entire countries have disappeared. And on top of all of that, women have been unable to conceive children for almost two decades. It all makes for some depressing thoughts, but it also makes for the backdrop of the brilliant new film, Children of Men, by Alfonso Cuarón, best known for Y tu Mamá También, and moderately well known for Harry Potter and the Prisoner of Azkaban.

It’s not just the case in this movie that the story is a good one, though the bleak look into a future where the world is ending due to the infertility of all women is both horrific and somehow believable. It’s not just that it’s ably acted, though Clive Owen does a fantastic job, as do Julianne Moore, Michael Caine, and virtually everyone else. It’s not just that the film’s depiction of how our present day actions will significantly impact our future and that we need to actually consider what we do is important, though that is an unquestionable truth thrown into stark relief here. 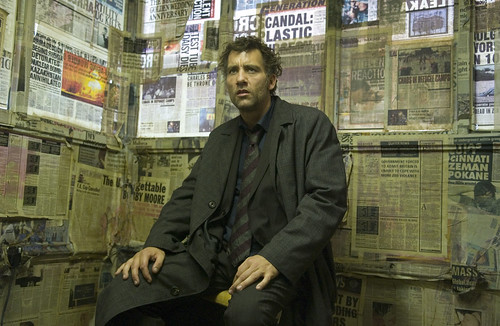 That’s right, on top of the wonderful story, allegories, acting, et cetera, Children of Men is also brilliantly filmed and edited. Virtually every frame of the film is completely filled with part of the story or part of the reality of the world in which the characters live. There’s always something taking place in the background, some little thing going on in the corner of the screen. And yet, for every frame being jam-packed with information, it never seems overly crowded or busy.

The film also utilizes several long tracking shots of Owen, which serve to help the audience better feel as he does: the nervous tension of what lies around the corner, the death and carnage that occurs all around him, and the general sense of unease that has a hold on everyone that populates London in 2027.

Like the tracking shots, the movie follows Clive Owen’s character, Theodore Faron. A one-time activist, Theo now follows a more, though not entirely, mainstream existence, doing the same normal things day after day, despite the world crumbling around him. For years, illegal immigrants have flooded into increasingly fascist England as the rest of the world has collapsed, and are herded into refugee camps and deported. The youngest human being alive, an 18-year-old named “Baby” Diego has just been murdered, and humanity as a whole seems as though it’s been driven even deeper into a state of mourning because of it. 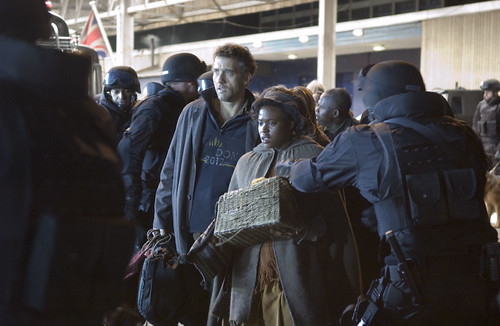 But, all that can be changed. A lost love in the form of Julianne Moore’s character, Julian Taylor, finds Theo and convinces him to help her one last time. Theo becomes an accomplice in helping Kee, an illegal immigrant played by Claire-Hope Ashitey, escape England for the sanctuary of a shadowy group that can help her and possibly help save the world. Kee, as it turns out, is pregnant.

From the moment that Theo enters into this pact with Julian the story plows ahead full-tilt with ever-shifting allegiances and political intrigues. Even when the audience knows what is about to happen, Cuarón manages to make it powerful, emotionally raw, and completely revealing. Like all great science fiction, the movie shows not just a fictionalized world, but reveals truths about the society we currently live in, and in this case they are truths that we’d rather not face.

In a society replete with umpteen "best film of the year" lists I hesitate to create another. I hesitate to even provide a one-liner cliché that could appear as a stand-in for a full review, but, that being said, Children of Men is a fantastic film, well worth one’s time and entertainment dollar. What it has to say about us and our world may not always been kind or nice, but it is important to hear.