As we await the potentially incendiary testimony of Debbie Rowe, Michael Jackson’s second ex-wife (’96-’99) and mother of his two eldest children (Prince, 8, and Paris, 7), as early as today, I have a few idle observations:

Elton John, who likes most everyone in showbiz, especially those not unsympathetic to an “alternative lifestyle,” and who has known Michael Jackson for 30 years, sounded remarkably equivocal when asked about the King of Pop (a title John might reasonably contest, btw) in a recent interview.

“I don’t know if he’s guilty. I hope for his sake he’s not… but it’s been tragic to see what’s happened to him physically. You look at the Bad cover, you look at the Thriller cover. What a talent, what a beautiful man. I just don’t know what’s gone wrong. I have suffered with low self-esteem in my life and I think that’s the root of his problem too.”

Look at the wording: “I don’t know if he’s guilty”; not “innocent until proven guilty,” not “I have known him for 30 years and can’t imagine him being guilty of such a thing,” nothing about racism, nothing supportive whatsoever. He also doesn’t pass off Jackson’s physical transmogrification as “self-expression” or “personal choice” or anything positive or neutral: “I just don’t know what’s gone wrong.” Clearly John sees the transformation as intentional and disastrous, as an extreme lack of judgment.

I see it as an expression of self-loathing, self-abnegation, and most of all, self-deception. Recall the following from the Bashir doc Living With Michael Jackson that was catalyst for the entire series of events culminating in this trial:

Jackson denied having had any alterations to his face other than two operations on his nose because “it helped me breathe better so I can hit higher notes. I am telling you the honest truth,” he said. “I didn’t do anything to my face.” 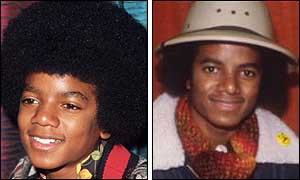 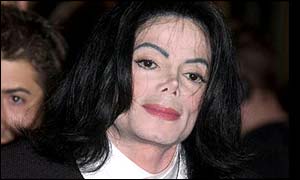 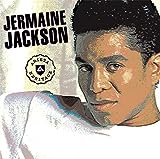 Is there anyone alive who believes Jackson hasn’t had numerous surgeries to alter his face? His sister LaToya said he has had as many as eight surgeries on his nose alone. This is so overt a lie one has the impression Jackson somehow believes it.

(Just a reminder of milestones along the way to his current appearance: 1981 – First indication of plastic surgery — slightly more definition on the tip of his nose. 1983 – Around the release of Thriller, more work on the nose, and the first noticeable lightening of his complexion. 1988 – Surgery to install a cleft in his chin. 1995 – More noticeable plastic surgery: a squarer jaw, higher eyebrows and an upturned nose.)

In December of ’03, Jackson claimed in an interview with Ed Bradley of CBS’s 60 Minutes that he had been manhandled and injured by Santa Barbara County Sheriff’s Department during his arrest. Jackson’s former travel agent Cynthia Montgomery testified yesterday that she witnessed Jackson being taken into custody and that the allegation was false. A subsequent California state investigation cleared law enforcement of any wrongdoing.

This trial has lying liars flying in every direction, but Jackson is surely the most blatant and egregious.