Madonna Breaks Off a Piece of Malawi

A little bit of Malawi escaped disease, poverty, and the only people he has ever known and loved this morning.

A bodyguard and a world famous performer’s personal assistant accompanied 13-month-old David Banda on the journey from the bowels of the third world to one of the loftier peaks of the first world on an overnight flight from Malawi to Johannesburg to London, covering a distance not only great geographically, but one spanning almost the entire socioeconomic spectrum of mankind. 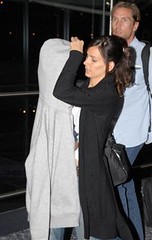 The child — who has been living in a penurious village orphanage near the Zambian border since his mother died shortly after his birth — was covered in a gray hoodie and escorted by security through Heathrow airport and out a back door to an awaiting silver Mercedes minivan with darkened windows, which then sped him to his new mother-in-waiting, Madonna, and her posh, burnished, immaculate central London mansion, despite protests from a number of children’s groups back home.

In response to accusations of special treatment due to her wealth, contributions to the nation through her Raising Malawi charity, and iconic status, the superstar said today via a statement, “We have gone about the adoption procedure according to the law, like anyone else who adopts a child. Reports to the contrary are totally inaccurate,” adding (a bit defensively) that she and her husband had begun the adoption process “many months prior to our trip to Malawi.”

She continued, “After learning that there were over 1 million orphans in Malawi, it was my wish to open up our home and help one child escape an extreme life of hardship, poverty and in many cases death, as well as expand our family.”

Wait a minute: “in many cases death”? Someone may need to break it gently to the former Material Girl that — kabbalah or no — death awaits us all. 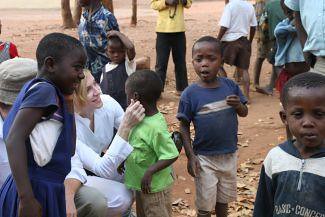 Anyway, clearly she DID receive special treatment: Malawian law bans adoptions by non-residents, but Madonna was granted an exemption – an “interim order” granting custody for 18 months, giving Malawian courts time to “evaluate” the new parents “per the tribal customs of the country.”

Yes, one can easily see Malawian social workers trailing the Ritchie family — and taking intense note of their adherence to “tribal customs” — between their two homes in England, condo in Beverly Hills, and various peregrinations among the bejeweled and pampered of this earth.

There goes the ’07-’08 Malawian national budget.

“This was not a decision or commitment that my family or I take lightly,” explained the 48-year-old entertainer, who is married to British filmmaker Guy Ritchie and has two other children, 9 and 5. She added her family would now take time “to experience the joy we feel to have David home.”

David Holmes, chief executive of the British Association for Adoption and Fostering, told Britain’s GMTV, “In a perfect world, inter-country adoption would not exist. We would be able to invest in every country so that they could develop systems and services for children and families to stay in their countries.”

David’s father, an illiterate farmer named Yohane Banda, said he had agreed to the adoption because it was “a very good opportunity for David to get an education and grow up healthy.”

Louise Richards of War on Want told AFP the singer would have accomplished more by “helping [David’s] father raise the child in Malawi and joining us and other charities pressing rich nations to keep their pledges to make poverty history.”

But that would be a lot less fun.