Jury Finds Both For and Against Michael Jackson in Lawsuit

As is his wont, in yet another trial, Jackson — this time via his lawyer and two videotaped depositions — sought to portray himself to jurors and the world as an innocent and delicate artist-naif adrift in a cold, cruel, uncomprehending world. Thomas C. Mundell, Jackson trial attorney, called his client “a gentle, trusting artist who is lonely and insulated from the world.”

It didn’t work this time.

“The plaintiff was not the most upstanding character and neither was the defendant,” said juror Irma Beard.

“From the very beginning we were saying, ‘He’s a sleazeball’,” said juror Cathleen Yancy. Asked which party she was describing, Yancy answered: “Both. I have issues with adult entertainment, but I also have issues with child molestation.”

In Schaffel attorney Howard E. King’s closing arguments, he showed deposition video clips of Jackson saying over and over again he couldn’t remember details of his financial deals and transactions, contrasted with audio from a voice mail message Jackson left for Schaffel with detailed specifics for a project. 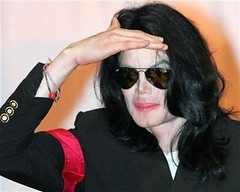 “I was shown a videotape by the lawyer and I was shocked by what I saw. … [Schaffel] was directing two guys. They were naked from head to toe … and he was telling one what to do with the other and he grabbed their penis or something,” said Jackson in a taped deposition.

Jurors indicated they reached the $900,000 figure by accepting Schaffel’s claims that he was owed commissions from the two videos — which were made to counter bad publicity from the Living With Michael Jackson documentary and were aired on Fox — and Schaffel’s claim that he spent $300,000 of his own money on a secret mission to South America for Jackson in November 2003, even though he didn’t record the transaction in his business ledger.

Schaffel, who had obviously been rehired for some reason by the Jackson camp, claimed he gave the money to a “Mr. X” in Argentina in “a very private transaction of a very sensitive nature for Mr. Jackson.”

“SOMETHING unpleasant was involved,” said one juror who refused to give his name.

“This is just the beginning of Michael fighting back,” said showbiz attorney L. Londell McMillan, Jackson’s new business manager. “It’s a new day for Michael Jackson. It should be something for people to think about in the future.”

Perhaps, but was the dredging up the tawdry events and accusations of the last five years once again in court — including the possibility that the $300K South American payment was to the family of yet another boy who claimed abuse by Jackson — worth the effort?

“Obviously, I’m very happy,” Schaffel told reporters outside court. “We got less than I asked for but considering all the factors on what we were able to present, I’m pleased.”

Superior Court Judge Jacqueline Connor will hold a separate specific accounting phase of the trial to look at the claims, which could lead to an adjustment of the awards. Schaffel turned down a settlement of $500,000 a month before trial – he may not wind up with even that.

“When the accounting phase is over, the judgment will be in Michael’s favor,” Mundell, said. King countered that that “is never going to happen.”