On November fifteenth Rhino Records re-issued one of the hottest selling albums of 1977. Running On Empty by Jackson Browne achieved double Platinum status and sold more then seven million copies. The deluxe two disc set features the original recordings remastered on CD and a DVD with album remixed in 5.1 stereo surround sound by the albums original engineer and produced by Jackson Browne. The DVD will also feature two new songs from the time not released before, “Edwardsville room 124” and “Cocaine Again”

The original Running On Empty was Jackson Browne’s attempt to recreate as honestly as possible an audio record of what life on the road was like for everyone from the bus driver to the star. The loneliness of being away from home, the temptations of drugs and women just to pass the time, and just the miles going by over and over again.

He and his band, Danny Kortchmar on guitar, the incomparable (and snappily dressed) David Lindly on fiddle and lap steel, Leland Sklar on bass, Russ Kunkel on drums, and Doug Haywood and Rosemary Butler on harmony vocals recorded the original tracks in as many natural situations as possible. Holiday Inn motel rooms, backstage rehearsal rooms, the tour bus and of course on stage all served as their recording studios. 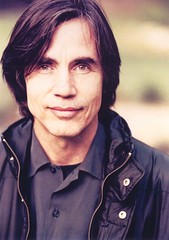 In the days before videos and it was the only real attempt to communicate with fans what it was like for the musicians and their entourages to be on the road for an extended period of time. Given how well the disc sold and the fact that it spawned two hits; title track “Running On Empty” and “Load out/Stay” it must have struck a note with audiences.

Included with the package on the DVD are over two hundred photos taken by Rock Photographer Joel Bernstein and a video montage of clips shot during the tour. As well as liner notes by Anthony DeCurtis, there is an essay by filmmaker Cameron Crowe about the work of Joel Bernstein and how it influenced his work on movies like Almost Famous

Jackson Browne has been around the world of Rock and Roll for most of his life, at seventeen he was playing guitar as part of The Factory scene with Andy Warhol and company. This was during his one brief sojourn outside of the California. Since then he has been responsible for influencing bands like the Eagles, he co wrote their first big hit “Taking It Easy” and writing some of the better social/political commentary music of the last twenty years.

Jackson Browne continues to take chances with his music and produce new material. His current release, Solo Acoustic Volume 1, is a collection of live solo performances he recorded while touring without a band. For those who have not heard his music before, or for his old fans, the re-release of Running On Empty as a two disc CD/DVD set will either serve as a great introduction to a highly talented man, or bring back a lot of fond memories. 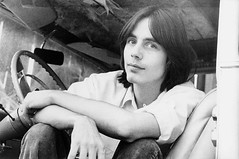 This special edition of Running On Empty will retail for $24.98 and can be picked up at most retail outlets, Rhino Records, Jackson Browne’s web site and other online retail dealers. If you want to send word to people, you can make use of this E-Card from Rhino Records

Of course you can also give the album a listen at Rhino through their listening parties. You can either listen to it in Party Player, or RealPlayer, and Windows High and Low.