Ian Doescher talks about getting on his iambic pentameter.

Interview: Ian Doescher, Author of ‘The Empire Striketh Back’

Recently, I have had the great joy and pleasure of reading and reviewing the second installment in Ian Doescher’s Shakespeare’s Star Wars series, entitled The Empire Striketh Back. I also had the chance to pick Ian’s brain about Shakespeare, the Jedi, and adapting Lucas’ masterpiece into iambic pentameter. Here are the results.

So I’m going to start with the most horribly obvious, completely unoriginal question that our readers are probably nevertheless yearning for the answer to: where did the idea come for Shakespeare’s Star Wars? 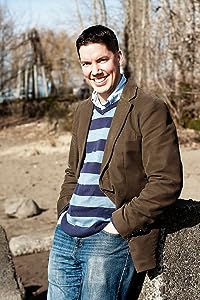 It was a happy mix of events in the course of a couple months: I watched the Star Wars trilogy with good friends of mine, read Pride and Prejudice and Zombies, and then went to the Oregon Shakespeare Festival with my family to see a few plays. I attribute the idea to having all three of those — Star Wars, mashups, Shakespeare — swirling around in my head at the same time. Also, at the Oregon Shakespeare Festival we saw The Very Merry Wives of Windsor, Iowa, a fun modern take on the original, so I also had a fresh example of someone reworking Shakespeare. I was at the Festival when I had the idea for the book.

Can I pick your brain about exactly how you went about transforming Star Wars into Shakespearean iambic pentameter? It’s such a monumental task that I wouldn’t even know where to start. How did you approach it?

One line at a time! When I sat down to start writing it, I had no idea whether it would translate well or not. But Star Wars’ opening crawl turned into a Shakespearean sonnet, and the dialogue flowed fairly well. I drew on the knowledge I had of Shakespeare — iambic pentameter, how he used asides and soliloquies, how his stage directions appeared, some of his vocabulary, some direct references to his plays —and then just went scene-by-scene through the first 25 minutes or so of the original Star Wars movie. I had written some iambic pentameter in the past, but not a ton, so getting used to the meter was definitely the hardest part about the first attempt. But when I was done, I had my first Act of five. I thought it worked okay but wasn’t sure until I sent it off to Quirk Books.

What was the hardest part of undertaking this project? Which was the most fun? Which scenes did you enjoy adapting the most?

The hardest part of writing William Shakespeare’s Star Wars was probably the sheer amount of iambic pentameter, and tiptoeing around certain scenes I knew would be hot button issues for Star Wars fans. (Did Han shoot first? Well duh, but then there’s Lucasfilm’s official version to consider, and they are approving the manuscript…) The most fun thing was, as a Star Wars fan, being able to get inside the heads of beloved characters and telling my version of what they were thinking and feeling. What fan wouldn’t want to do that? I really enjoyed adapting some of the banter between Han and Luke and Han and Leia — that’s where a Shakespearean retelling can really shine.

It’s evident from reading The Empire Striketh Back that you really know your Shakespeare – you do a lot of really clever things with the language and style that suggests you’ve spent quite a bit of time with the Bard. What’s your own background in Shakespeare and in English literature?

I had great English teachers in high school who first piqued my interest in Shakespeare. Each year we read a different play — Othello, Julius Caesar, Macbeth, Hamlet — and I was the nerd in class who would memorize soliloquies just for the fun of it. That was also the same era that Kenneth Branagh came out with Much Ado About Nothing, so it was a good time to be a kid learning about Shakespeare. I only took a single course on Shakespeare in college (I wish I’d taken more!), and shortly after college I read the Complete Works of Shakespeare.  So I haven’t had a lot of formal training in Shakespeare, but his plays have been a passion of mine for a very long time.

It was easier the second time around, if only because writing iambic pentameter has become much easier. I’ve spent so much time with iambic pentameter that I can now recognize it when I hear it in conversation or a movie — it’s like a weird, useless superpower. The thing that was more difficult with Empire was that I was trying really hard to give readers something extra, a little something more, so that if they had read William Shakespeare’s Star Wars it wouldn’t just feel like more of the same. So I have wampas, AT-ATs, and space slugs all with lines, the ugnaughts on Cloud City get a fun reworking, Yoda and Boba Fett are both treated uniquely, and so on. I had a great time writing it, thinking of outlandish ideas and saying, “Sure, let’s try it!”

Can we get any kind of sneak peak at The Jedi Doth Return? Will the Ewoks be having monologues like the Wampa did? What challenges do you foresee in adapting the third part of the trilogy?

The Ewoks were definitely a challenge of writing The Jedi Doth Return. After having done so many things with characters who don’t speak English, how was I going to make them stand out? Jedi is also rich with emotional material, particularly Darth Vader’s transformation from the dark side back to the good. I wanted to mine as much as possible out of that transformation, especially showing how Vader feels watching his son come of age. Along the way, of course, there are other surprises about characters and creatures who talk and sing. Jedi is my favorite movie of the trilogy (sorry, Star Wars fans who swear by Empire!), so I had great fun adapting it.