Five autographed CDs and posters are up for grabs!

In celebration of the release of George Lopez' new CD, El Mas Chingon, Blogcritics is pleased to be giving five lucky winners a prize pack consisting of an autographed CD and an autographed poster.

Lopez, aside from being the creator, writer, producer, and star of his ABC sitcom, George Lopez, was also a cast member of the 2004-2005 season of Inside the NFL on HBO and published his biography, Why You Crying? in 2004. George Lopez will be entering its sixth season this year.

A Los Angeles native, the comedian is well known for what he gives back to his community and has been recognized for charity efforts, including being named by Time Magazine as one of “The 25 Most Influential Hispanics In America.” Born with congenital kidney disease, Lopez received a transplant from his wife, Ann Lopez, in 2004 and both are now spokespeople for the National Kidney Foundation. 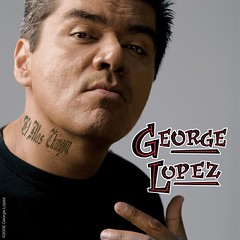