Watch just a few musical biopics from recent years and you'll see that they all have the same basic narrative — a troubled childhood, initial success, a facing of demons, and eventually (usually, but not always) an overcoming of the demons and acceptance of who the person is. It's a pretty tried and true formula, and one that easily earned Oscars for Ray and Walk The Line. In fact, the formula seems at times so generic that spoofing it should be incredibly easy.

Enter Judd Apatow and last year's Walk Hard: The Dewey Cox Story. Directed by Jake Kasdan (Freaks and Geeks) and written by Kasdan and Apatow, the film stars John C. Reilly. Reilly is the titular Dewey Cox, a boy from the south who grew up in the '30s and '40s and went on to music super-stardom only to see his life crumble due to his drug use and inability to get over killing his brother with a machete when he was eight. 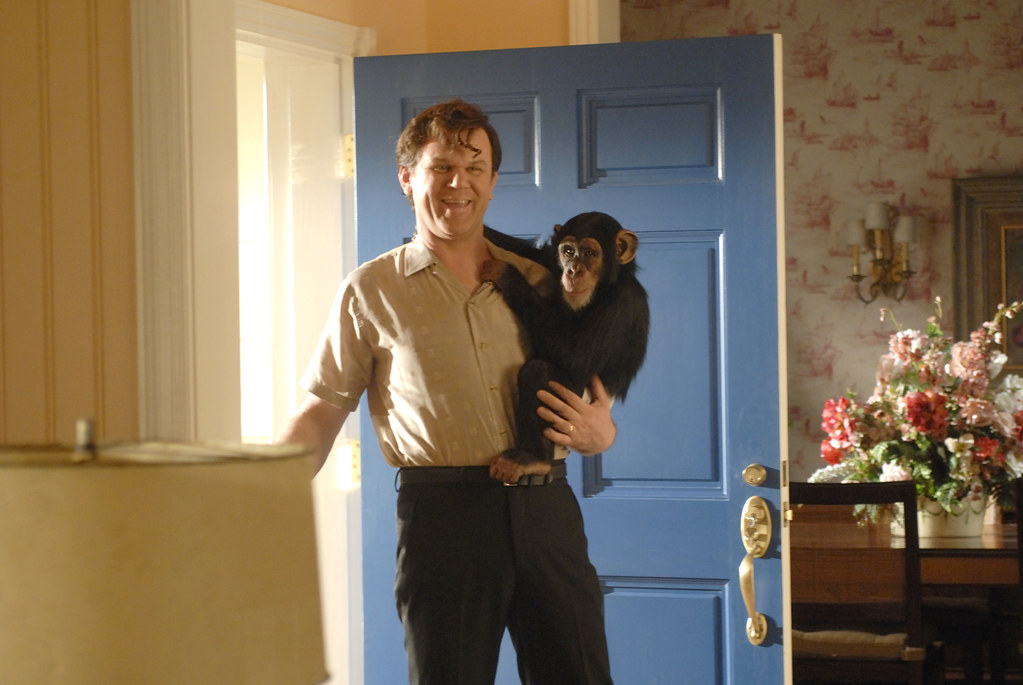 Presumably it is this sort of moment in the film that is supposed to be where the humor is found. The macheteing of Nate, Dewey's older brother and the "good" son, is the sort of over-the-top, played for laughs moment that the film uses to differentiate itself from a true biopic. The basic problem with the notion is that as viewers have already seen an escalation in the heights musicians rose to and depths to which they fell in biopics through the years that very little that appears in Walk Hard seems overreaching. Yes, the unfortunately cut in half Nate probably would be unable to speak to Dewey after his macheteing, but that's about it.

From there everything that happens to Dewey follows an incredibly predictable path, with very few deviations. The jokes seem very – for lack of a better term – skit-based. As the story doesn't deviate from a well-worn path from scene to scene, virtually all the jokes are attempts to make a scene slightly more over-the-top than it would be in a true biopic — Cox doesn't just have a pet monkey, he has a pet giraffe too — but, while a joke, that's not actually funny. It's all too likely that a celebrity, and not just a Michael Jackson type, would buy a giraffe as a pet. The movie also has a running gag or two throughout, but the main one, with Tim Meadows' band member character, Sam, encouraging Dewey to not do drugs, falls very flat. It ends up like a bad Saturday Night Live skit where the actors repeat the same lines over and over hoping to, eventually, get a laugh, even if it's only from the awkwardness of trying to tell the joke again. 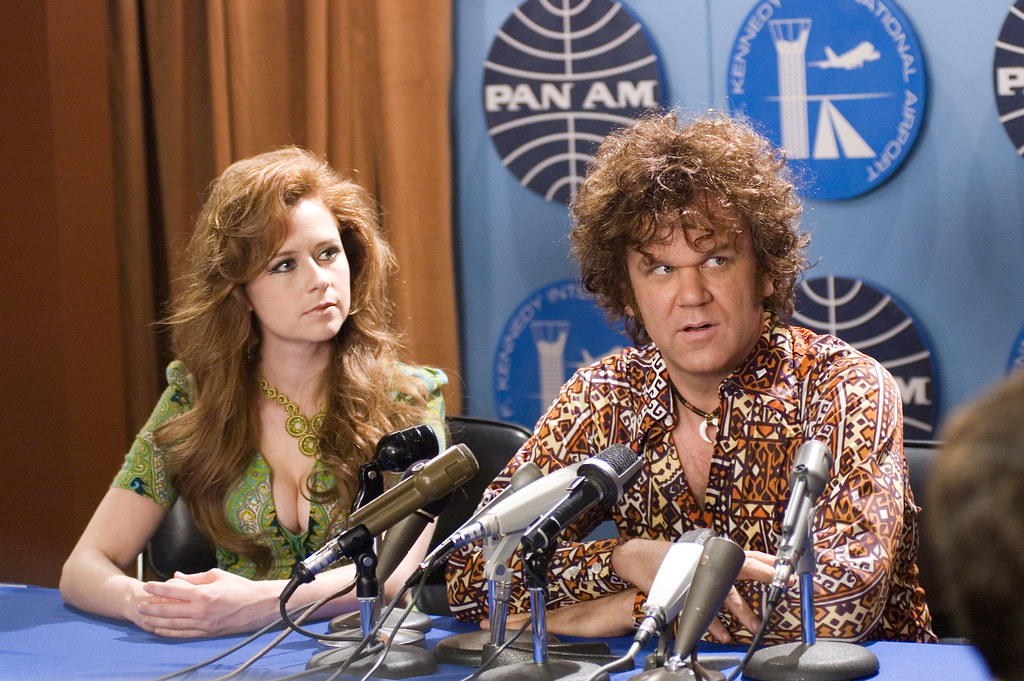 One saving grace of the film are the performances. John C. Reilly gives the role his all, pulling off the manic, dim-witted, Dewey with incredible believability (perhaps this is actually one of the film's problems). Reilly is fantastic on stage as Cox and actually almost manages to elicit sympathy in some of the film's more dramatic scenes. Without a solid script behind him, Reilly has to do far more heavy lifting here to make the film entertaining than ought to be required, and he almost manages to pull it off.

Reilly's supporting cast is also solid. Kristen Wiig as Dewey's first wife, the one that can't handle his stardom, is pitch-perfect in her role, as is Jenna Fischer as Dewey's second wife, the one with whom he finds true love before losing it and finding it again. But, even here, despite the fact that the characters are entirely believable, there's nothing funny for them to do.

In the end, the absolute best part of the film itself is the music. Dewey's songs successfully ape multiple styles of music, get one toe-tapping, and the vast majority of the funny lines appear within them.

The 2-disc DVD release of Walk Hard: The Dewey Cox Story contains the theatrical version of the film, a grossly extended version entitled American Cox: The Unbearably Long, Self-Indulgent Director's Cut. This extended cut beats the 96 minute theatrical version by another 24 minutes. While it contains a few more laughs than the theatrical version, only diehard fans will be interested in spending the extra time with it. There are, however, numerable other, more interesting, extras included on the disc. From an interesting short "making of" featurette to a look at how a scene with a bull was filmed to a behind-the-scenes pseudo-mock featurette on a penis that appears in the film, it is quite clear that the production staff was terribly dedicated and talented. 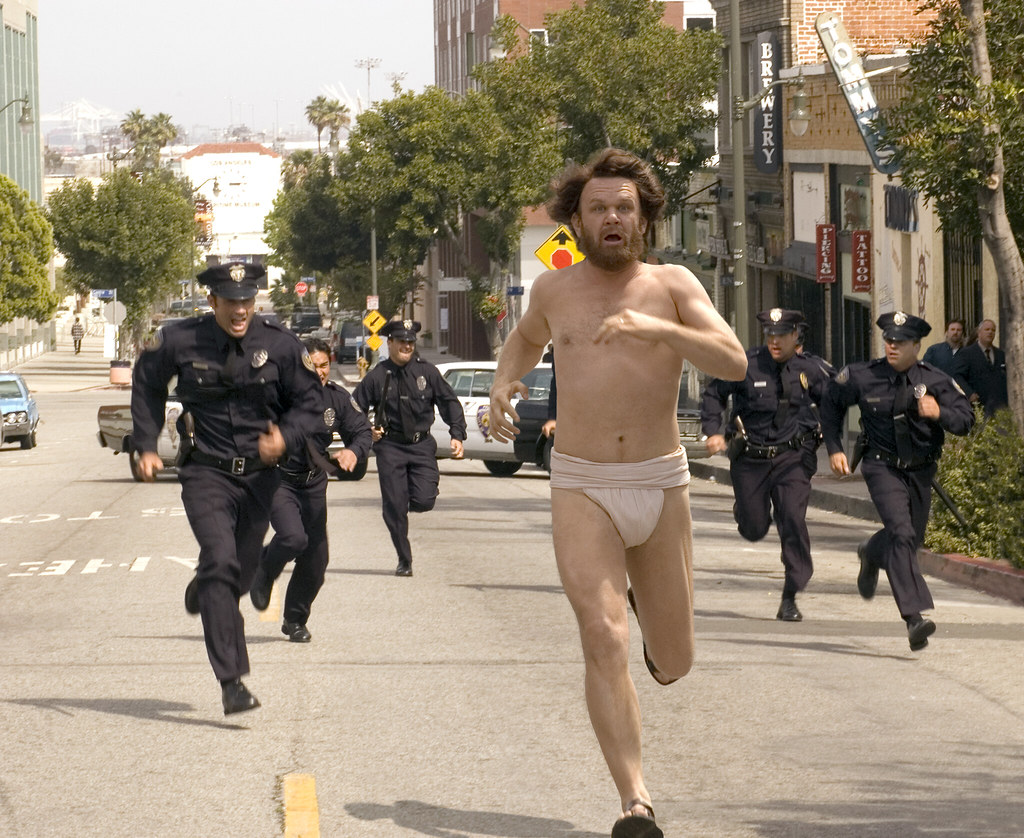 It is unfortunate that the talented cast and crew that were assembled here did not put together a better feature. While there are a few jokes, and certainly enough to sustain the amusement of some, the film has the feeling of something that should have been better. The observation that musical biopics tend to all have the same plot is a valid one, but not enough to build an entire film.

If it were possible to give the film a do-over, allow Apatow, Kasdan, and everyone else one more shot to make this a great movie, I think that they would be hugely successful. All the pieces are there, save a solid, funny, script, and it's clear from the songs (even if you didn't know their resumes) that the guys can write funny stuff; it's just that they didn't this time around. Walk Hard: The Dewey Cox Story is passable, but could, and should, have been so much more.