Waist deep in it? Nah, it's probably only thigh deep at best.

I tried to like this movie, I really, really did. I sat down, popped in the DVD, and tried to get into Waist Deep.  Sure, the premise may be generic —  a guy trying to turn his life around and go on the straight-and-narrow is forced by circumstances outside of his control, in this case the kidnapping of his son, to operate outside the law once more.  Sure, the dialogue is nothing special.  Absolutely, it almost instantly wavers uneasily between promoting thug life and disavowing it.  But I really knew I was in trouble when I kept expecting Tyrese Gibson to stare into the camera, give his best Mel Gibson impression and growl those immortal words —  give me back my son!

To be sure, all these things do not make Waist Deep a bad movie, merely an incredibly generic one.  It’s in fact the climax of the film that helps tip the scales towards bad. 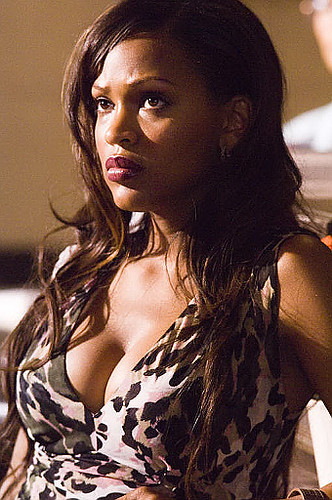 And yes, for all of the movie’s other possible faults, this is the one that really got to me.  O2 (Tyrese Gibson) is driving manically trying to get away from a half-dozen cop cars and a helicopter, doing spins and sharp turns and going at high-speed, which is pretty neat and fun to watch.

But – and this is a big “but” – the entire time he is doing this fancy driving he’s also  talking on his cell phone in a perfectly calm voice to his accomplice, Meagan Good in a role that has very little to it beyond acting like a floozy, and his son, played by H. Hunter Hall.

I would imagine that adrenaline alone would negate his tone as a possibility.  Furthermore, I’d hypothesize that driving in the fashion he does absolutely, unquestionably, without a doubt, requires two hands.  It is exactly this sort of thing that helps destroy suspension of disbelief and thereby makes a movie like this a lot less enjoyable.

On the upside, the movie does contain some nifty driving and one or two moments of solid action.  The scene in which 02 is carjacked and his son kidnapped is really well put together. Tyrese Gibson does a great job showing the sheer terror and absolute ferocity of someone that has just been put into his position.  The carjacking scene is really, head and shoulders, the best scene in the movie and it occurs way too early on for this to be the case. 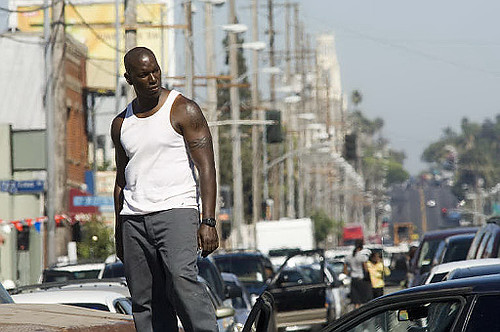 Everything that comes after is a letdown.  One of the special features of the DVD goes through the creation of the scene, what went into the actual shooting of it, and some of the thinking behind why Vondie Curtis Hall (the director) put it on film the way he did.

In addition to this special feature, the DVD also has another one on filming car sequences, going from why certain cars were chosen for various characters to how some of the scenes were put on film.  There is, of course, the standard bonus feature of deleted scenes, as well as a music video for one of the songs in the film.

For my money, if I wanted to watch a film in this genre I’d rather take another look at Baby Boy, which also stars Tyrese Gibson.  Though a similar movie, that one just has a fresher feel to it.

Waist Deep, while it may have sharp, good, moments has a little too much feel of simply being a retread to have kept this viewer’s interest for long.  Even with its relatively brief 97-minute run time, some judicious cutting may have left the film feeling a whole lot more taut.  Either that, or another rewrite may have gone a long way to helping the film out.  There’s a good movie in there somewhere, but the final product that is Waist Deep simply isn’t it.