It is a very easy thing to do to give a film an unabashedly, unflinchingly, negative review. To take a bad movie and simply reel off the problems with it, and make it out to be the worst piece of schlock ever thrown up on the big screen takes no skill, no effort, and more often than not makes the review untrue. It is far more difficult to take a bad movie, note that it is bad and why, and then to mention something good about it, to find something positive about it.

I have been wracking my brain to come up with a reason to watch The Honeytrap, an independent British film written and directed by Michael G. Gunther in his first time at the helm, and I’m having some difficulty. It lacks wit, it lacks intelligence, it tries so hard to be clever, and yet completely falls flat. It is as though Gunther only ever took one pass writing the script, changed what he wanted the movie to be about a couple of times as he wrote, and yet never went back to make earlier portions of the film work with what he eventually decided he wanted the movie to be. In short, it’s a mess. 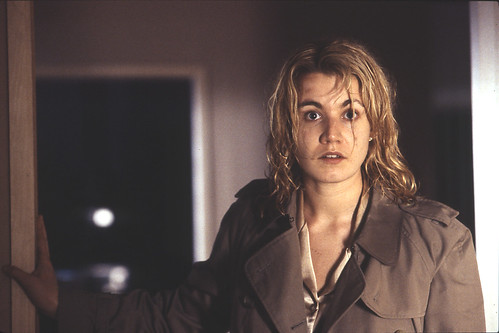 The movie’s title refers to a common method of entrapping men and women. The basic concept is to have a third party use an attractive individual to seduce another person so that the third party can manipulate the prey at a later date. It’s also sometimes referred to as a “honeypot” and if one reads espionage literature, it is a relatively common trope used mainly to get a person to reveal secrets to an enemy.

The Honeytrap stars Emily Lloyd as Catherine, a woman who has just arrived in London in order to move in with her fiancé. Catherine is clearly a troubled woman, is taking drugs, and is emotionally disturbed. What her fiancé, Jonathan, played by Anthony Green, sees in her is anyone’s guess, because from the moment she arrives in London (the first scene in the film) she is unlikable. Due to her being virtually friendless, and her depressing, disturbed psychological makeup, Catherine decides that Jonathan’s working late all the time means that he’s cheating on her and decides to hire someone to find out. 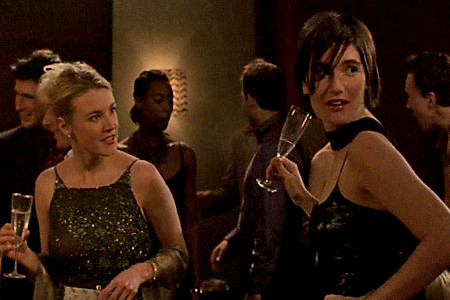 It is actually Catherine’s only friend Renée (Valerie Edmond) who suggests that she do this. You know that there is something deeply wrong with Renée as well, because she only ever wears black. When a character in a film only wears black (and isn’t playing a Goth) it means that there’s something wrong with her; it’s a cheap sort of shorthand used here to indicate that she’s got a secret (which, though obvious, I won’t divulge). A private investigator, Jeremy (Stuart McQuarrie) is eventually hired and puts into play a honeytrap in order to determine Jonathan’s faithfulness. At that point in the film, the plotline, character motivations, and reality of the situation change enough times to make the not-a-surprise “surprise ending” wholly pointless. 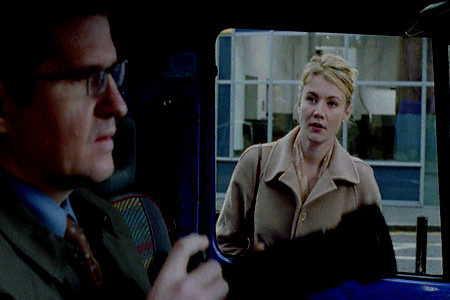 Disturbingly, there are several sequences in the film shot in documentary style, with three of the characters, never Catherine, directly addressing the camera and stating their innermost thoughts (though they may be lying). It seems as though the only reason that this is done is because Gunther simply couldn’t figure out how to have the characters in his movie express what he wanted them to express via actual situations and interactions with other characters. This sort of shorthand is more horrific than that used with Renée’s clothing, because while the latter instance is relatively common in filmmaking, the former simply shows an utter lack of imagination.

Without a doubt, the best thing that can be said for the film is that it clocks in at under 90 minutes (possibly this is another symptom of Gunther not being able to create a full and complete screenplay). The recently released DVD of the film is just as sparse with extras as the film is with the plot, as nary a one exists.

In the end, the use of the honeytrap as a concept isn't a bad idea, but everything else is so completely mishandled that the film simply cannot be recommended.

Anthem Film Festival: Back to Vegas with John Cleese, Kennedy, and Frederick Douglass