Loverboy, Kevin Bacon’s feature film directorial debut, is the moderately disturbing tale of a woman who wanted to provide her child the love she never felt from her parents.  It stars Kyra Sedgwick as Emily, a woman with such a deep need to love and be loved that she cannot determine right from wrong, appropriate from inappropriate.

When she was young, Emily’s parents loved each other to such a great extent that they found very little time for her.  Emily therefore goes far overboard in the other direction.  She is completely obsessed with her son, Paul, and wants him to have no other friends but her. 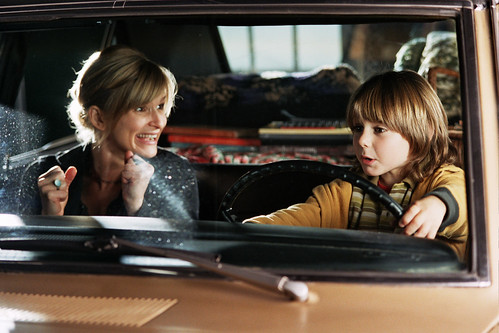 Though there are flashbacks to Emily’s childhood, and early on in the film we get to see how Paul was conceived, the vast majority of the action takes place when Paul is six.  Emily insists on home schooling her son, whom she refers to as “Loverboy,” and wishes him to have no friends, and very few acquaintances, besides herself.  Emily is unable to accept Paul’s growing up and his desire for socialization.

Taken as a whole, the film makes one uneasy.  Emily’s obsession with her son at times appears to border on being sexual.  Her need to spend every waking second with him, and him alone, is disturbing and makes the viewer incredibly uncomfortable.

The film has numerous flashbacks to Emily’s youth, many of which are far too cryptic.  Very little happens in these snippets of young Emily’s life, and the viewer is often left wondering what they are supposed to take away from them.  Too often, the answer is nothing more than her parents didn’t love her as much as they might have. 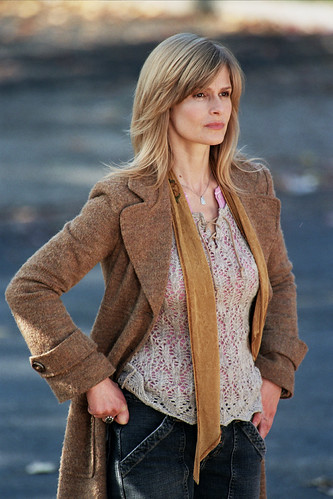 The fact that the movie is quite so disturbing and upsetting is a testament to the wonderful portrayal given by Kyra Sedgwick.  She manages her role as mother/child/and would-be lover with wonderful ability. It is assuredly not an easy part, but she carries it off exceedingly well.  In other hands the character of Emily may have come off as entirely unsympathetic, which would have made the film impossible to watch.  It’s a fine line between feeling upset for Emily to simply feeling disgusted at Emily and Sedgwick manages the job well.

One of the perks of being a great actor turning to direction must  be the ability to get top talent to appear in bit parts in your films.  This happens here with performances by Sandra Bullock, Oliver Platt, Matt Dillon, and Marisa Tomei.  While individually all these performances are good, at some point it becomes difficult to pay attention to the movie as one is busy looking for the next cameo.

The DVD release of the film comes with virtually no extra features to speak of, save a director’s commentary track that may have been better left off the release.  Kevin Bacon does provide some interesting insights to his methods and methodology, but it is interspersed with so many false starts, uhhhhs, and ummmms, that it is hard to listen to the track in its entirety.

In the end, the movie is interesting, fun, upsetting, disturbing, and a solid debut for Bacon.  I look forward to seeing more projects with him at the helm.