Disney’s latest direct-to-DVD offering, Cinderella III:  A Twist in Time is a pleasant surprise.  No, it’s not as good as the original Cinderella, but that sort of magic is exceedingly difficult to achieve.  It is, however, a more than acceptable addition to the franchise and diverting for it’s entire 70 minute runtime.  Director Frank Nissen (Pooh's Heffalump Movie) deserves much credit for tackling a difficult job in which it will be nearly impossible to receive accolades.

The movie opens on the one year anniversary of the ball, with Cinderella and the Prince celebrating with the help of the Fairy Godmother.  One of Cinderella’s stepsisters, Anastasia, see the Fairy Godmother using her magic wand and manages to steal it and turn the Fairy Godmother to stone.  Recognizing the power of the wand, Cinderella’s Stepmother takes it, goes back in time, and makes the glass slipper fit onto Anastasia’s foot, thereby altering history and making Anastasia the Prince’s betrothed.  The Prince, though skeptical of Anastasia being the one at first, is quickly convinced by a wave of the magic wand.

Meanwhile, Cinderella learns from her mice buddies, Jaq and Gus, what has happened (Cinderella is, of course, well aware that the shoe should fit her and is quite distressed that it fits Anastasia).  She then sets off with Jaq and Gus for the castle in order to put everything right.

Despite numerous close calls, the Prince remains faithful to his proclamation that he will marry the woman whom the glass slipper fits.  It finally takes Jaq and Gus to explain to the Prince exactly what has transpired and convince him that he is going to marry the wrong woman.

The movie doesn’t end here though, the wicked Stepmother still has a few dirty tricks up her sleeve.  Eventually, as this is a Disney film, good triumphs over evil, true loves win

s out, and they all live happily ever after (at least until the next sequel).

In true Disney fashion this movie is a musical, but the vast majority of the songs are uninspired, and definitely the weak spot in the production.  They tend to be overly sappy, and seem to exist solely so that the film can be a musical, and not as an intrinsic part of the movie itself.

The one bright spot in the songs is the number sung by Jaq and Gus, it is funny, charming, and just over the top enough to be a good time.  In fact, Jaq and Gus ar 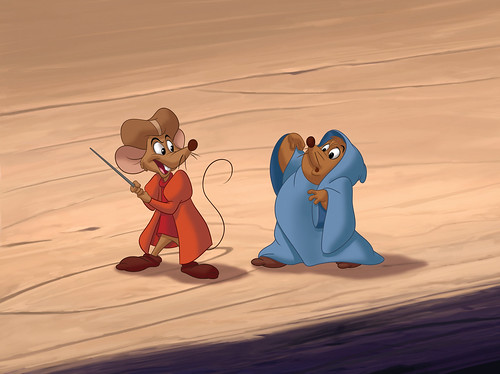 e the highlight of the film as whole.  Though they mainly exist as comic relief, they still advance the plot and are exceedingly true to their appearance in the original film.

There are some Disney direct-to-DVD releases that have the feel of being a complete cash-in on an existing property.  Thankfully, Cinderella III:  A Twist in Time does not.  Cinderella is one of everyone’s favorite Disney characters (yes, I understand that Disney did not create the character, but they have certainly made her their own) and it is nice to see that she has been treated respectfully in this sequel.

No, this movie isn’t as good as the much-beloved original Cinderella.  How could it be 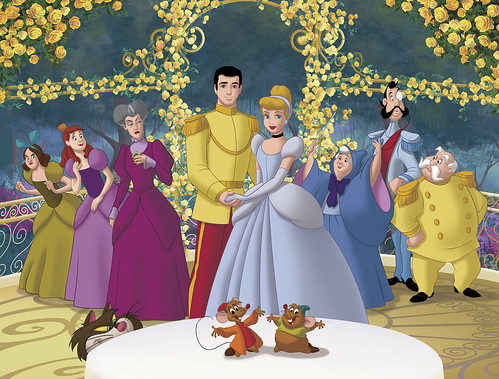 , Cinderella is one of the best, most beloved movies, animated or not, ever made.  Not only will the movie not cause all visitors to the Disney World’s Magic Kingdom to shudder every time they see Cinderella’s Castle, it actually may spark one or two more fond memories of the character and her travails.

Cinderella III:  A Twist in Time will be released to DVD on February 6th, 2007. All images from the film © Disney.