The musical pairings we would like to see in 2012.

It is always interesting when musicians of a different stripe get together. They all seem to try it at one point or another. The big news in 2011 was the Lou Reed/Metallica album Lulu. It was fantastically awful in all the right ways. The idea of these old geezers getting together to try and to shore up their exhausted “rebellious” credentials was doomed from the start. But who doesn’t enjoy a spectacular disaster? It was entertaining, if nothing else. 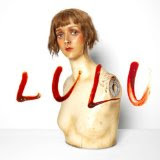 Some collaborations have worked beyond all expectations. Remember Santana’s Supernatural album back in 1999? It was a huge hit, and the song “Smooth” with Rob Thomas of Matchbox 20 still sounds good on the radio all these years later. Before that there was Frank Sinatra’s Duets (1993), which even though the “duets” were recorded separately, worked quite well. And speaking of duets recorded separately, there was the huge Natalie Cole/ Nat King Cole version of “Unforgettable” that topped the charts in 1991. 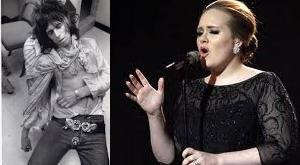 4. Rihanna and Buster Poindexter – “We Found A Martini”

5. Florence and The Machine and Kraftwerk – “Enuff Z’nuff”

9. Kate Smith and Katy Perry – “Hello Everybody (Gonna Eat You Up)” 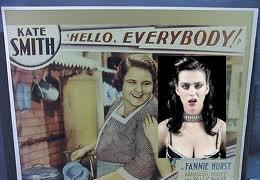 So there you have it, the pairings I would like to see in 2012. Sorry Amy and Michael fans, but I heard they were both Happy Mondays fans.