A retro feel but a new sound.

In 2003 three session musicians Matt Bissonette (bass and lead vocals), George Bernhardt (guitar), and Rodger Carter (drums), came together to record some of their own music as a creative outlet, and formed The Squirts. They soon realized what they had to offer would become more then a casual project or hobby. Much of the music from their debut release was picked up for television shows and movies, and they have been well received when opening for the artists they normally back on the road.

On their new release, Squirts II Resquirted, "Cover Me" is a bit of a departure, opening with some dark overtones. The chorus is stylistically in line with the rest of the CD. The deviation comes when the digitally altered lyrics are delivered sans back-up, 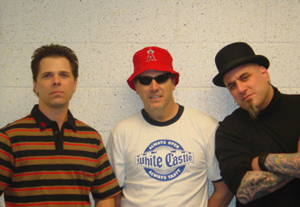 giving that eerie feel. Those studio effects and digitalizing are used on "On That Day" and "Lobster" as well, but both have their own unique qualities.

"On That Day" is the most unique track; the beginning arrangement is a repetitive sequence, and the vocals are digitalized. The effect is cold, calculated, and mechanical which works with what the song is trying to portray. Though I get the tone they were going for, it's a big departure from the rest of the CD and breaks up the flow. 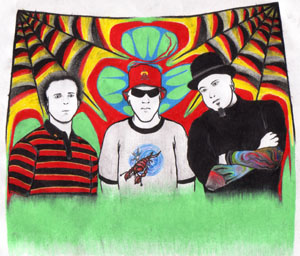 Songs like "Concentrate on Me" and "Gone" fit together like pieces of a puzzle with the rest of the tracks giving the listener a well-rounded hybrid collection of rock and retro-pop.

The Dog House Studio website is maintained by drummer Rodger Carter in support of his recording studio as well as all his musical endeavors. The site also contains streaming MP3s from both Squirts CDs and a video to "The Way That I See You." Matt Bissonette's website also contains information on The Squirts, a biography, news, and a link to purchase the CD. The Squirts are not available on Amazon.