If you're anywhere close to the same age as me you'll recognize the name Pinder, and for good reason. Mike Pinder was one of the founders of and lent his voice to The Moody Blues. On Jupiter Falls, his two sons Mike and Matt, The Pinder Brothers, offer sweet and innocent sounds. 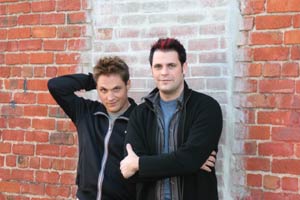 Light pop fare abounds in the 10 tracks, all with a saccharine sweet innocence I'm sure most parents would prefer young kids to listen to over what abounds on mainstream radio these days. The melody and the music itself are nice. There isn't anything harsh or displeasing to the ear, and the tunes are quite catchy.

The two first tracks, "Goodbye Say Hello" and "Jupiter Falls," are probably the most universally acceptable songs on the collection.

"Goodbye Say Hello" does bear an ever so slight resemblance to the similarly-titled Beatles song. It's not overwhelming, but enough to call "Hello Goodbye" to mind, mostly in the chorus. The Pinder Brothers' song is more upbeat and happy. It's a general theme that runs through the entire CD. From one song to the next the overall sound has a natural flow that is only enhanced by the production.

The lyrics of "Jupiter Falls" speak from the heart of someone just coming of age, and looking at the world and love through childlike eyes. The song is a light-hearted love song; its prevailing innocent theme is hard to overlook, or maybe I'm just jaded by age and experience. When I try to come up with a succinct description of the music, the label boyband keeps coming to mind.

This would without a doubt be the target audience for Jupiter Falls, the preteen and early teen set and I would encourage my 13 year-old daughter to listen to this CD. The songs are brimming with very positive messages geared to and come from that unique youthful prospective. Whether it's waiting to engage in sex, the negative effects of television, or saying no to drugs, it's all pure and upbeat. And it's delivered just the way you might expect, fun poppy melodies. 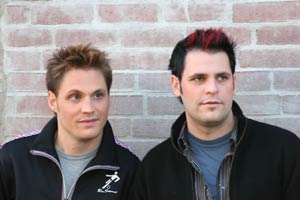 It's refreshing to be able to put a CD in the player while the kids are in the house and not worry about the message that's going to come from the speakers. It just seems that the market that is going to be most enthusiastic about Jupiter Falls is pretty cut and dry.