Yep. CREEM Magazine pretty much ruined me for life.

CREEM Magazine — more than any of the other numerous bad influences I was exposed to during my reckless youth — probably was the one that finally ruined me for life. In fairness, rock and roll itself had already dug its own hooks pretty deep in my heart, mind, and soul by the time I discovered America's Only Rock And Roll Magazine in 1972 — right around the same time as my sophomore year in high school.

So the damage was at least partially already done.

But by that time, I had pretty much already figured out that I wasn't gonna make it as a rock star. All of the long hair, velvet blazers, and platform heels in the world weren't going to change the fact that I basically had no musical talent. However, within the pages of CREEM, I discovered a new rock and roll dream, and indeed an entire new brand of rock star. For you see, in the pages of CREEM, it was not only the musicians who were the rock stars, but the writers who wrote about them.

Yep. CREEM pretty much ruined me all right.

CREEM became such an obsession with me throughout my high school years in the seventies, that I knew the exact day each new issue would arrive at my corner drug store in the West Seattle Junction. It was always the first Tuesday of the month. After school I would rush there to grab my copy — often before the clerk even put it out on the rack — and rush home to devour it cover to cover in a matter of hours.

Oh sure, there were other rock magazines at the time, and I bought them all too. Circus could always be counted on for the coolest pictures on the glossiest color paper. Rolling Stone usually had the most newsworthy stories before anyone else. But CREEM was hands down the magazine that best celebrated the rock and roll attitude and lifestyle, with it's irreverent — and often hilarious — no holds barred style of rock journalism.

CREEM also had the best writers bar none. By this time, I was writing my own music column for my high school newspaper (called "Rock Talk"), and my greatest influences were CREEM writers like Dave Marsh, Lisa Robinson, Dave DiMartino, Robot A. Hull, Jaan Uhelszki, and of course the late, great Lester Bangs.

My high school journalism teacher — who I actually had a wonderful reunion with earlier this year — has thankfully long since forgiven me. But back then, my articles for the West Seattle High Chinook — inspired by the "rock star" writers of CREEM — probably gave her more than a few premature gray hairs (as did some of my antics while trying to emulate the lifestyles of said writers like Bangs, but that's another story). 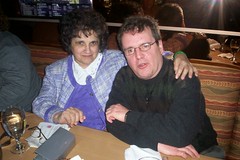 CREEM was also the first magazine to champion bands that nobody else wanted anything to do with at the time. Most of the time they got it right too. They certainly were ahead of everyone else on bands like the Stooges, New York Dolls, MC5, and the Ramones. Occasionally they missed as well — but at least when they did, it was in spectacular fashion, such as when they gave Stones or Zeppelin worthy coverage to New York oddities like drag queen Wayne/Jayne County.

It was CREEM that first introduced me to bands like the Dead Boys, Blondie, and Televison among others. CREEM was also where I first read the profanely beautiful prose of a brilliant young poet who looked like a female version of Keith Richards, years before she ever released her debut album. Her name was Patti Smith.

So what you get with CREEM: America's Only Rock 'N' Roll Magazine, is a gorgeous 270-page coffee table-style book, that reproduces much of the best of this trailblazing magazine's original run from 1969 to 1988.

I knew I was getting this for Christmas weeks ago, and once I unwrapped it tonight I spent hours pouring through it, and the memories just came flooding back. This magazine literally is the written version of a soundtrack for my high school experience as a teenaged wanna-be rock journalist, just as I am sure it was/is for countless other middle-aged rock geeks out there.

You see with CREEM, it was never just about the great articles and the pictures. It was also about all of the goofy little sidebars and photo captions, many of which are recreated in loving detail here. Back then, rock stars lined up by the truckload to have their pictures featured with a nice ride for "Stars Cars," or as the subject of a cheesecake pose for the "Creem Dreem" (the ones reproduced here range from a sexy young Bebe Buell — pregnant with Liv Tyler at the time of the shoot, to a flabby-assed Martin Mull).

But there may have been no higher rock and roll honor back then than to shamelessly shill for CREEM's "Boy Howdy! Beer," as the subject of one of CREEM's Profiles (based on the similiar liquor ads for Dewars). The Ramones, Todd Rundgren, Rod Stewart, Cheap Trick, Keith Richards, and Blondie are among the CREEM's Profiles reproduced here.

CREEM: America's Only Rock 'N' Roll Magazine also has many of the best articles that originally ran back then. I particularly enjoyed revisiting such gems as the "Androgyny Hall of Fame" (where everyone from Dylan to the Beatles to David Bowie and Marc Bolan are fair game), and "Alice Cooper's Alcohol Cookbook." I was also pleased to see the great Lester Bangs represented here with his original review of the Rolling Stones Exile On Main Street, and an excerpt from his classic piece, "Psychotic Reactions And Carburetor Dung."

Still, I can't mask my disapointment with the curious exclusion of any of Bangs' original, highly confrontational interviews with Lou Reed — which for my money, represent Bangs at his absolute best.

Of course, there is no way an undertaking as ambitious as this was going to hit on everything. For that you would need things like Lisa Robinson's wonderful rock and roll fashion column "Eleganza" (mysteriously missing here), as well as the best of the letters section and even the ads.

I mean what original CREEM reader could ever forget those odd advertisements for someone named Jay Gatsby who was touted as "the most wasted boy alive"?

Still, CREEM: America's Only Rock 'N' Roll Magazine comes as close as you could expect, and at least for this aging fan was the most inviting, if somewhat bittersweet, trip down memory lane since my last high school reunion.

And yes, the fact that you are reading this review some 35 years after the fact is proof that CREEM did indeed ruin me for life.