A few years ago for Christmas I got a desk calendar from The Onion and one of my favorite bits in there was a sendup of The Rolling Stones going back out on tour. The setup for this punchline escapes me, but I remember laughing when I read something to the effect of Mick and Keith vigorously debating not playing “Satisfaction” this time out.

I wonder what it’s like to be a band like The Stones and have a signature hit like “Satisfaction” that you feel compelled to play every night. Come to think of it for a band like them, there are several songs that feel mandatory. I wonder which is worse: being a band with a small cadre of mandatory songs or being a band or performer with one song that everyone came to hear.

I’ve been in audiences for bands like that and you can hear the catcalls and sense the impatience in the crowd, all of them wondering why the performer won’t just play whatever that song is and get it over with. Hell, I’ve been in crowds where the performer did just that and they started calling for it again! 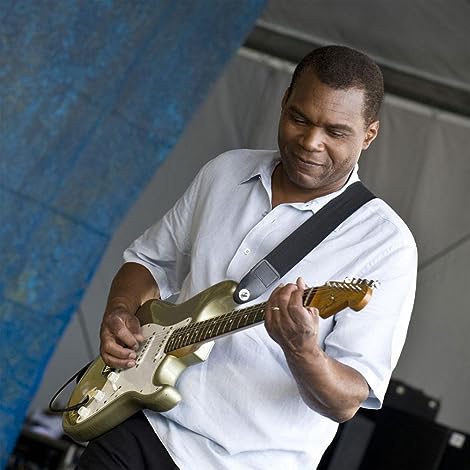 I got to thinking about that as I was writing my review of Robert Cray’s Cookin’ In Mobile CD/DVD because I was impressed with the gusto with which Cray performed his lone crossover hit. I don’t know how many times over the past 23 years he’s gotten tired of that “well-known smoking gun,” but on this night he performed “Smoking Gun” with ease and intensity. It’s pretty impressive to hear Cray still able to sing those notes in that high register all these years later. It’s hard to believe it’s been 23 years since I first heard that song. It still packs a wallop.

There are some hit songs that are strictly a product of their era. Art is versatile. There is virtue in timeliness and timelessness. Some art manages to be both. “Smoking Gun” would have been a hit had Cray been old enough to release it 23 years earlier than he did, or if he released it today. Some songs have that intangible quality that make them more than just great songs but great singles. “Smoking Gun” is one of those whether in the studio version that took it to the Top 20 or the live version Cray continues to deliver brilliantly night after night.