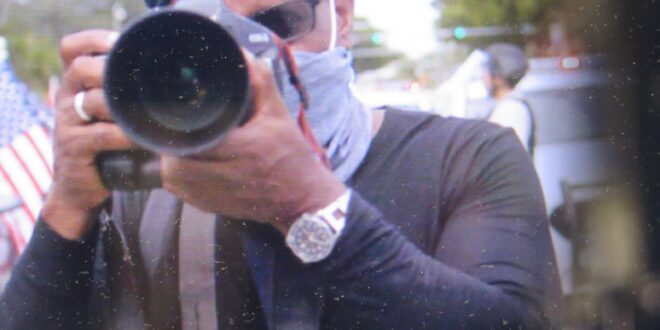 Endangered, a documentary that had its world premiere at the 2022 Tribeca Film Festival, explores press freedom in three democracies: the United States, Brazil and Mexico. Directors Heidi Ewing and Rachel Grady use a cinéma vérité style to illustrate their themes. Principally, the directors follow three reporters and a photographer covering protests and campaigns. What they examine encompasses political campaigns, violence against women, and recent events surrounding COVID-19. Endangered reveals the state of journalism under autocratic leaders Donald Trump and Jair Bolsinaro. Additionally, it reveals how the press exposed the dereliction of duty in Mexico City’s law enforcement.

Specifically, Endangered highlights the importance of on-the-ground reportage in local newspapers as a way for citizens to be informed about government practice and corruption. And it reveals from the reporters themselves that press freedoms in the democracies they cover remain under siege. The reasons why are complex. In many instances social media misinformation takes precedence over local newsprint.

As proof, the directors include reporters’ interviews of individuals in the three countries. From these a picture forms about readers’ shifting perspectives toward journalism. The directors don’t need to narrate the film to bring home their point. The film’s title represents their overall viewpoint on the direction of the free press.

Switching back and forth among the reporters, the film shows the threats to journalistic integrity. Citizens interviewed at MAGA rallies by Oliver Laughland, reporter for The Guardian, state they won’t be interviewed unless Laughland takes off his mask. Others call reporters like him liars. The film includes clips of rioters at the January 6 insurrection destroying AP news equipment. Why? Mainstream media is “fake news.”

A photographer covers the wave of femicides in Mexico City

Sashenka Gutierrez covers the growing wave of femicides in Mexico City. The fearless photographer operates in one of the most dangerous countries for journalists.

Finally, in Miami, Carl Juste discusses how the Miami Herald, his former employer, goes bankrupt. A hedge fund takes over the building and paper but will not feature news articles. Juste profiles a Black Lives Matter protest. He captures how journalists are tear-gassed after they say they are press and show badges. The film documents hate and violence from the police, who abuse reporters of every color and nationality.

Again and again those interviewed point out the downward direction of the once noble profession of journalism. Now, it has its own brand of infamy. Individuals prefer making up their own fantasies rather than reading news articles that will shake the foundations of the lies they cling to. How far this reaches and how many individuals it implicates remains unclear. That some citizens don’t read books, don’t read articles, but just look at pictures, shows the problem of a misinformed voter base.

The most searing section of the film relates to the murders of women in Mexico City. Police refuse to investigate. Feminists take over the Human Rights building and occupy it. When Sashenka Gutierrez interviews some of the protestors, they dress in hoods to cover their faces. They explain that they turned to violence because they have more impact when property is damaged. Earlier peaceful protests, begging and lawsuits did nothing. The feminists suggest that violence is the only language the violent and murderous police understand.

There is a positive ending to Campos’ story about Bolsinaro defaming and slandering the reporter, referring to her as a whore and prostitute. Bolsinaro loses the lawsuit and must pay Campos a fine of 20,000 reales. On another positive note, Donald Trump lost his re-election bid. In Mexico City, the women still protest.

Contrasting the United States with Brazil and Mexico to show similarities sobers us. As a country where the former president called the press the enemy of the people, the U.S. no longer values the Fourth Estate. No longer can Americans retain pride in their news media, as a minority of radical right citizens vitiate reading anything counter to their pet conspiracy theories.

Importantly, the four intertwining stories show that underpaid journalists and photographers do a vital job against those convinced that though they might be wrong, their lies are still right. Journalists maintain their integrity in the face of intimidation and death. The directors make sure to list the great numbers of journalists killed for blowing the whistle on corruption or getting swept up in violence just doing their job.

This stirring film screened on Tribeca at Home.

Carole Di Tosti, Ph.D. is a published writer, playwright, novelist, poet. She owns and manages three well-established blogs: 'The Fat and the Skinny,' 'All Along the NYC Skyline' (https://caroleditosti.com/) 'A Christian Apologists' Sonnets.' She also manages the newly established 'Carole Di Tosti's Linchpin,' which is devoted to foreign theater reviews and guest reviews. She contributed articles to Technorati (310) on various trending topics from 2011-2013. To Blogcritics she has contributed 583+ reviews, interviews on films and theater predominately. Carole Di Tosti also has reviewed NYBG exhibits and wine events. She guest writes for 'Theater Pizzazz' and has contributed to 'T2Chronicles,' 'NY Theatre Wire' and other online publications. She covers NYC trending events and writes articles promoting advocacy. She professionally free-lanced for TMR and VERVE for 1 1/2 years. She was a former English Instructor. Her published dissertation is referenced in three books, two by Margo Ely, Ph.D. Her novel 'Peregrine: The Ceremony of Powers' will be on sale in January 2021. Her full length plays, 'Edgar,' 'The Painter on His Way to Work,' and 'Pandemics or How Maria Caught Her Vibe' are being submitted for representation and production.
@https://twitter.com/mercedeskat45

Two horror films turn the genre upside down and tweak gender stereotypes in the service of horror.