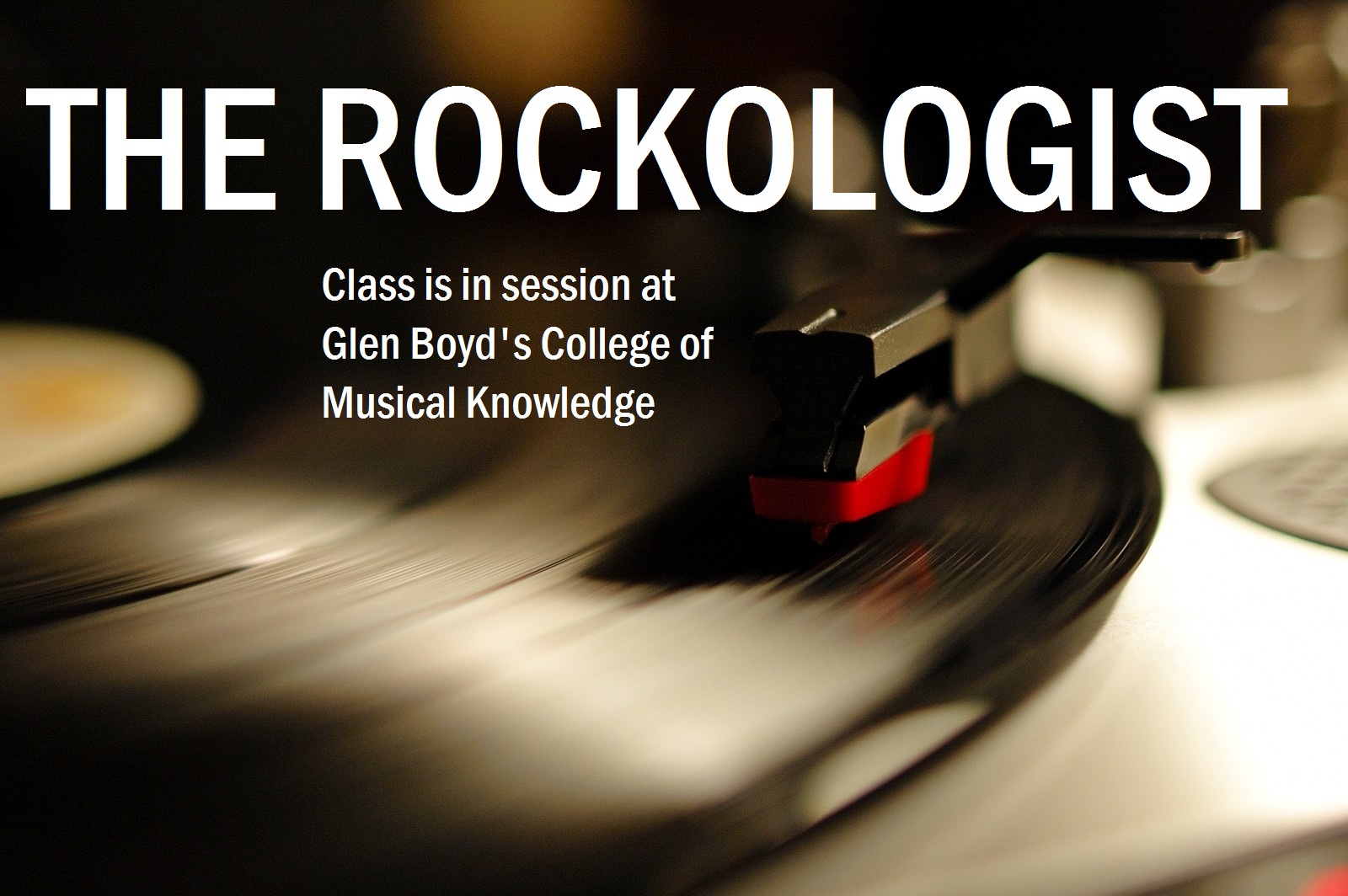 Ah, summertime. When the living is easy, and the writing comes slow. With unseasonably toasty temperatures turning the house into a literal oven over most of this summer, the keyboard hasn’t seen much action of late – even as my in-box has once again grown to over-flowing with a number of noteworthy new releases. In other words – you guessed it – it’s once again time to kill off as many birds as a single round-up of quick, mini-reviews will allow.

So, for your consideration…

Neil Young + Promise Of The Real – The Monsanto Years

Ever since 2012’s superb reunion with Crazy Horse on Psychedelic Pill, Neil Young has run-off a steady, but increasingly spotty string of albums: including last fall’s symphonic experiment Storytone and the even weirder, low-fi covers album A Letter Home (recorded entirely in Jack White’s phono-booth). On his latest, The Monsanto Years, Neil Young is joined by Promise Of The Real, a band featuring Willie Nelson’s sons Lukas and Micah for some good old fashioned, rabble-rousing rock and roll protest music.

The problem when Neil Young makes records like this isn’t so much with the political sentiments he posits in the lyrics – most of which, I share – but rather, with how he delivers the message. On The Monsanto Years, Young literally bludgeons the listener over the head as he rages against the machine, hammering his point home with numerous, repetitious references to such evil agents of the corporate empire as Safeway, Walmart, Starbucks and of course, Monsanto. What makes the greatest rock and roll protest songs – Stephen Stills’ “For What It’s Worth” or even Young’s own “Ohio” for example – the timeless classics they have become, has always been the masterful way they emphasize a certain subtlety over bluster. Songs like “A Rock Star Bucks A Coffee Shop” and the title track here on the other hand, tend to trivialize and even dilute the message with an irritating tone that comes off every bit as preachy as anything Dylan recorded during his “Born Again” years.

The good news here though, is that The Monsanto Years rocks far more often than not, and as a backing band, Promise Of The Real bring that same ferocious intensity out of Neil and Old Black as all of his best bands have historically done from Crazy Horse to Pearl Jam. Lukas Nelson’s cleaner guitar sound in particular proves an effective foil to Young’s comparatively more cacophonous shredding. The guitar exchanges between them on songs like “Big Box” occasionally recall the legendary shoot-outs between Young and Stephen Stills. Not surprisingly though, the two best songs here, the twangy rocker “If I Don’t Know” and the lovely, pastoral “Wolf Moon” are also the ones where he resists name-checking all the corporate bad guys.

On an initial, first few listens, it might be easy and even tempting to mistake Wilco’s new album for the sort of knockoff that came to the band almost as an afterthought. The short running time (just over 33 minutes) and non-conventional way they chose to release it (as a free download at their WilcoWorld.net site – whatdya’ waiting for?), only reinforces this assumption. Ditto the goofy title. But to do so, would also be dead wrong.

When Wilco music works best – think of songs like “Via Chicago” (especially the live version) or “Art Of Almost” from 2011’s The Whole Love – is when Jeff Tweedy’s songwriting comes crashing up against the avant-garde brand of noisemaking that guitarist Nels Cline brings to the table. Up until now, those little flashes of minimalist brilliance have only popped up sporadically on Wilco’s albums, usually sandwiched between sweeter, more nuanced sounding gems like “Impossible Germany” or the George Harrison homage “You Never Know.”

On Star Wars, Wilco deconstructs that formula by blowing it up altogether. The 11 songs here – most clocking in at between two and three minutes long – strip Jeff Tweedy’s songs down to a bare bones core that is both stark and dark, scraping away any traces of slickness, and creating an almost violent sounding quality at times. It’s also easily the noisiest sounding record these guys have ever made. The guitars here don’t so much twang as they do whirr, click and grate. Star Wars is definitely closer to Sonic Youth than Son Volt. But lying underneath all the deceptive simplicity, you can still hear echoes of everyone from Marc Bolan (“Random Name Generator”) to Lou Reed (“You Satellite”) to Bowie’s Berlin trilogy with Eno (“Pickled Ginger”). It takes a few listens for it all to sink in. But the deeper you dive into the beautiful noise on Star Wars, the more joyous layers you’ll discover. Best of all, it’s free (at least for now).

The latest entry in the Rolling Stones From The Vault series of archived concerts on DVD, isn’t so much a concert film as it is a document chronicling one of the most historic events of the Stones long, legendary career. Hyde Park Live 1969 also uses the same source material – a documentary film made for British television – that has been widely available on bootlegs for years. The Stones had already planned the free concert as a warm-up show for their upcoming 1969 American tour, and to break in new guitarist Mick Taylor (his first live gig as a Rolling Stone). But with the death of recently ousted founding member Brian Jones, the show also became a memorial. Never one to miss an opportunity, the Stones milked this for all it was worth. In retrospect, some of Mick Jagger’s backstage comments about Jones just before the show seem curiously distasteful and lacking in any sort of common respect for the recently deceased guitarist who first put the band together.

As a concert film, Hyde Park Live 1969 is shaky at best. The songs are wildly out of sequence, and it’s particularly irritating when only the second half of “Midnight Rambler” is shown. It also suffers from the usual “psychedelic” camera angles so common to rock films back in the sixties. The way the cameras rapidly zoom in and out seems more designed to simulate a bad acid trip, than a musical performance by a rock band. The Stones themselves also don’t seem to be quite road-ready yet. Jagger looks and sounds fine, but the guitars are noticeably out of tune on a few songs like “Satisfaction.” Mick Taylor seems a little nervous, but mostly has great chemistry with Keith Richards (once those guitars are in tune anyway).

Despite its many flaws though, Hyde Park Live 1969 works much better as a historical document. Beside the usual trappings of hippie celebration seen in this film, there is also an underlying sense of doom that seems to hang over the day like a dark cloud. Although I’ve seen this film perhaps dozens of times over the years (through the magic of bootlegs), this is the first time I’ve noticed how many eerie parallels existed between Hyde Park and the tragedy that unfolded at the Stones infamous free concert at Altamont just a few months later. The British chapter of the Hell’s Angels, though a far less scary incarnation of the biker club than their American counterparts, provide security. There’s also several closeup crowd shots focusing on a crazed looking black guy that looks for all the world like a shirtless version of Meredith Hunter (the alleged would-be assassin who was stabbed to death at Altamont). Viewed from this perspective, it plays like nothing so much as a dress rehearsal for the most tragic day of the Rolling Stones young career.

A rock concert for one and a half million fans and two more noteworthy releases.