A new way to place-shift your television viewing... if there was only TV to view right now.

Every day the world of television changes a little bit. The landscape is constantly being altered, whether it's with web video, mobisodes, time-shifting, and, more recently, place-shifting. Place-shifting, for the uninitiated, is watching one's local television stations (or content one has sitting in their house) on an Internet connected device.

A sleek looking piece of equipment, about the size of four DVD cases stacked on top of each other, the HAVA Titanium HD is extremely lightweight. It comes with numerous different ways to connect to any device with a television tuner (it does not have one built in, which is a drawback, but more on that below) like a DVR, cable box, or satellite receiver. It additionally comes with an Ethernet port and an 802.11g wireless dongle which can put placed into one of two available USB ports. 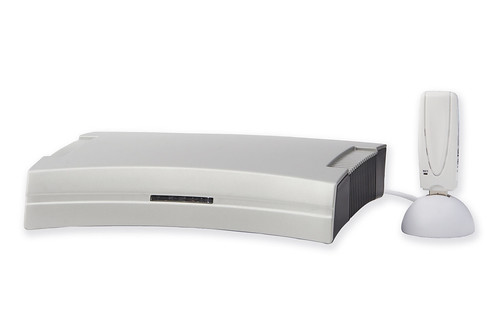 Unlike Slingboxes, the Titanium HD is able to play out video content to multiple PCs on a local network and one device via the Internet at the same time. The desktop application for viewing programs is sleeker as well.

As for the actual quality of streamed content, the HAVA Titanium HD performs solidly. Naturally, content does look better on a local device than one connected via the Internet, but both are more than acceptable for general viewing. The sound quality is good as well.

The device however is not without some disappointing aspects. Though touted for its ability to time-shift content, time-shifting (and recording of programs in general) can only be done when viewing a locally networked HAVA, not one being watched over the Internet. Additionally, at least for the TiVo Series 3 device to which I connected the HAVA, the remote control buttons did not always function properly. For instance, when pressing the "TiVo" button, rather than having the TiVo menu appear on the screen, the DVR advances to the end of a recorded program (or beginning of the recording if it is at the end). However, as selecting "Menu" from a dropdown list of commands does cause the menu to appear, a work around is not that difficult to implement. 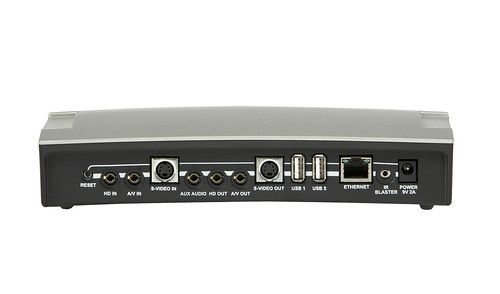 A far more annoying problem is the time lag between submitting any command to the HAVA and then out to the device to which the HAVA is connected. Pressing the appropriate command to change a channel, fast forward, or pause a recording results in a five to ten second delay before the command takes effect. While this is okay for pausing something, it becomes terribly annoying when trying to fast forward through the commercials on a recorded program.

Phone customer support for the HAVA leaves something to be desired as well. While calls made to support for help installing the device were answered quickly, the knowledge of the techs was not adequate. Upon learning that the device was to be connected to a TiVo, the tech was under the impression that I was trying to connect it to a mobile phone (mobile phones with an Internet connection and the capability to watch streaming video can watch TV via the HAVA, but ought not be confused with a TiVo). After explaining what a TiVo was, the tech stated that the IR blaster (used to send commands from the HAVA to TiVo, cable box, satellite receiver, etc.) was not compatible with the Series 3 TiVo (it is). 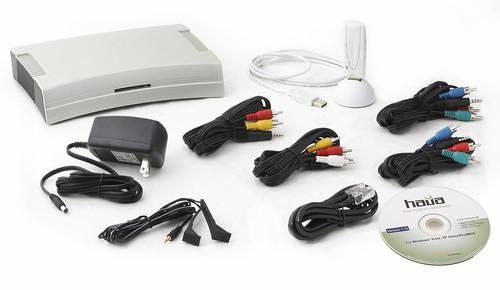 With a little ingenuity and only a minor amount of hair-pulling, the HAVA is installable by an average user (if one can hook up the rest of one's entertainment system the HAVA will not cause too many problems). The directions included are little more than a guide, and not always accurate (different pages of the directions do not agree on what is included in the box), but are enough to help one get through the process.

It seems as though the HAVA Titanium HD's best days are still in the future. An upcoming software update will allow a USB connected hard drive to record programming which will then be able to be played back to any device, local or remote. Additionally, a USB hybrid digital TV tuner (with a coaxial connection) will be released in coming months as well.

As it stands currently, the HAVA Titanium HD is a nice idea, but not a must-have device. However, the availability of a USB TV tuner and hard drive may catapult the device to absolute necessity for television fanatics, and may make it a true contender against the Slingbox.