This third album is a return to the music that helped him win American Idol.

The Return, the third release for former American Idol winner Ruben Studdard sees him going back to the blues and jazz stylings of his first CD. And that return is exactly what is being referred to in the album's name and the lead of song, "The Return (of the Velvet Teddy Bear)."

Last year Ruben reached back to his gospel roots for his sophomore release, I Need An Angel. The album was well received, garnering him many awards as well as reaching gold status in the first week of release. Ruben said in a recent press release, "A lot of people outside the gospel field didn't know I released I Need An Angel, so they'd come up and ask where I'd been the last two years. With The Return I'm saying, 'I'm back singing the love songs just for you!'" 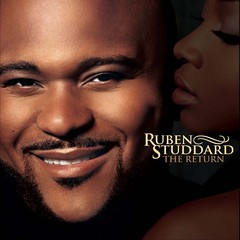 And a collection of love songs is a pretty concise description of what is contained here. With songs like "Listen To Your Heart," "Our Story," and "If Only One Night," there is a definite theme. Even the lead single, "Change Me," is relationship minded; singing about how often one partner in a relationship will try to change the other. The song is probably the best example of the R & B roots Studdard says he is trying to emulate, and flows as smooth and silky as his voice. Streaming MP3s of the song are available in Windows Media, Quicktime, and Real Media formats.

Generally though, the album is more blues or smooth jazz influenced pop than something that is formulaic to either genre. The definitive roots are there, but if feels as though it was in the forefront of their minds how to make this album cross over to pop. Hook-filled choruses and top-forty reminiscent rhythms and melodies are especially prevalent on "Get U Loose" and "Ain't No Party." 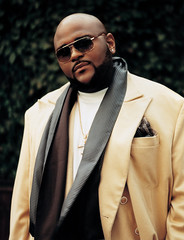 "I'm Not Happy" is one of three songs on the album penned or co-written by Studdard, and according to him is based in truth. "I was in Miami working and I started thinking about this girl I had been dating a year prior when I was there… The girls are loving my music but this one girl I had dated is not here with me. True story, man, true story," says Ruben in a recent press release.

The silky vocals of the soft ballad and the longing-filled lyrics make this a stand-out track, especially for the romantic hearts of the girls he speaks about. The two other songs Studdard co-wrote are "To Da Crib," and "Blow Ya Mind." The songs appear in succession toward the end of the album, and all have a similar love ballad feel and theme, bringing the album to a slow and soulful close.

Those who voted Ruben Studdard to the top spot on American Idol as well as the fans he's picked up along the way will be happy with The Return and his return to the sound that is the foundation of his career. With the lyrical growth of his own songwriting, it wouldn't surprise me if he picked up some more fans along the way with this one. For news and information about Ruben, visit the artist's website. A "Change Me" e-card is also available.

As usual, New Yorkers have something to gripe about, and the weather is one of their favorite topics.