With the imminent release of a new album in the U.K. later this month, it is perhaps a little late to take a look at the Neil Cowley Trio’s 2010 effort, Radio Silence, released in the U.S. last November. Still, when it comes to accessible contemporary jazz played with exuberance and wit, and Cowley and cohorts’ playing is nothing if not playful and witty, better late than never.

In the tunes on Radio Silence, Cowley, who is sometimes faulted for chasing popular hooks instead of innovative improvisation, has surely put that canard to rest. Sure the pianist, who has played on both of Adele’s hit albums, 19 and 21, has pop credentials, and sure there are pop vestiges in his playing, but they are there as fully integrated building blocks in the tune’s improvisational structure. Just as vestiges of Cowley’s classical training—all his publicity notes that he performed a Shostakovich piano concerto at age 10 at London’s Queen Elizabeth Hall—are as well. His music is an amalgam of influences, and that is what makes it unique. If you can hear pop hooks in his playing, you can just as easily hear Shostakovich, and for my money that is absolutely a good thing. This is jazz that will appeal to a wide audience.

The nine tracks on the album are an eclectic mix of energetic romps like “Gerald,” a shout out to a guitar playing friend and the rapidly paced “Hug the Greyhound,” the atmospheric impressionism of “Desert to Rabat” and the funkier vibed “Stereoface.” The album opens dramatically with the powerfully percussive “Monoface,” a tune that pounds with passion. “Radio Silence,” the title song, moves back and forth between pulsating drama and quiet introspection. The lyrical “Vice Skating” has a melodic elegance that belies its punning title, although it does build to a surprising crescendo with a surprisingly abrupt ending. The album ends with either a fourteen and a half minute piece called “Portal,” which has a lengthy pause in its middle at about the seven minute mark, or a seven minute song called “Portal” and a surprise piece added after an almost two minute break. I’ll opt for the latter. 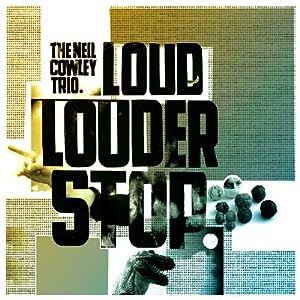 The Neil Cowley Trio consists of Cowley on piano, Richard Sadler on bass, and drummer Evan Jenkins. Previous albums include Displaced in 2006 and 2008’s Loud! Louder! Stop!. The new release, scheduled for January 23 in the U.K., is called The Face of Mount Molehill. It can be sampled on the Trio’s website.

'While it's true that they knew how to market themselves and work within the industry machine, creative substance was always there at the surface and beyond.'