Time travel is our middle name here at the Indie Round-Up!

This week's round-up includes a couple of CDs that are notable enough to deserve their own articles. First we go way back with country music legend Charlie Louvin. Then we look to the future of the blues with The Soul of John Black. Finally we return to the present state of country music with the multi-talented journeyman musician Ted Russell Kamp. Time travel is our middle name here at the Indie Round-Up!

You can teach new tricks to some old dogs. Johnny Cash and Rod Stewart revitalized their careers by going in unexpected musical directions. Country Music Hall of Famer Charlie Louvin ain't one of those guys. Louvin, all 79 years old of him, has a new CD out that should please both longtime fans and younger ones, but that's because of his weathered, fragile, but still expressive voice, and these great old songs. This music goes back to the fifties and sixties, long enough ago that it surpasses nostalgia and becomes educational and – for younger folks, anyway – something like new again. A Louvin Brothers tribute album won two Grammy awards in 2004. 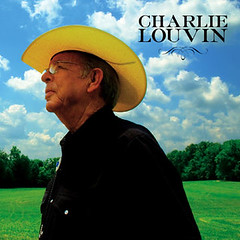 For this project Louvin and producer Mark Nevers re-recorded some tracks from the singer's early days as half of the Louvin Brothers, like "The Christian Life," along with some other country chestnuts like "Kneeling Drunkard's Plea." Louvin sings the latter – a song Cash also recorded late in life – exquisitely, with harmonies from Bright Eyes's Alex McManus. In fact every song but one has a guest artist or two, making this yet another "duets" album, but that's appropriate considering how well known the Louvin Brothers were for their close, gospel-derived harmonies. The simple, traditional arrangements make the CD seem organic, not contrived (as long as we agree not to talk about the silly feedback sounds on "Great Atomic Power.") 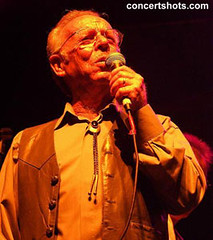 Not all the pairings work equally well. Contributions from Will Oldham and Paul Burch make for sweet listening, but Louvin's soft, deep, grainy voice makes Tift Merritt and Clem Snide's Eef Barzalay sound like lightweights, and George Jones sounds weak on "Must You Throw Dirt In My Face." Dianne Berry contributes angelic harmony vocals, Marty Stuart's light touch on the mandolin is a joy, and Elvis Costello, who has evidently signed a contract with the Muses guaranteeing him an appearance on every duet or tribute album ever made hereinafter and throughout the Universe, has a surprisingly touching turn on "When I Stop Dreaming."

The only new song is a tribute to Louvin's brother Ira, who died in a car accident in 1965. It's good to know that Charlie can still summon the magic in the studio even with his weakened voice. On stage, he's very frail these days, but commands it nonetheless like the old pro he is. You can catch this true living legend on tour this Spring.

The Soul of John Black, The Good Girl Blues

The new CD by The Soul of John Black – the band project of John A. Bigham (Fishbone, Miles Davis, Nikka Costa) – opens with a spectacularly strong statement. "The Hole," a field-holler-inspired postmodern wail of blues anguish, tells the oldest story ever told:

Shades of Townes Van Zandt's song of the same name – but only shades. Lyrically there isn't much more than the two lines quoted above to the nearly six-minute song, and it doesn't need any more. An elemental expression of the human condition, "The Hole" speaks of the urge to explore, the need for escape, and man's essential loneliness. I had to listen to the song three times before I could leave it and go on to the rest of the CD.

I got some work I got to do
And it starts right here with loving you
Anyway you want me, anyway you need
I'm gon' put in some work, girl, and bring you to your knees

Yes, among other virtues, this CD is nice and dirty. But there's a good deal more to it than that. Imagine if Lenny Kravitz fully outgrew his fixation with adolescent rock star posing and listened to nothing but Bob Dylan and Johnnie Taylor for a year – maybe he'd come out with something like this music. (Maybe Lenny has – who knows? I can't say I've been following his career lately.)

"Good Girl" finds J.B. running trance-influenced beats under Chicago-style blues-rock, all swollen with thunderous soul harmonies. The more directly trance-y "Fire Blues" is a good showcase for the buttery Al Green tones in Bigham's vocals. Neither song has much structure. They're like the insistent crashing of waves as the tide comes in. "Moanin'," which is just that – wordless vocalizing, with acoustic guitar accompaniment – makes a very good entr'acte between the five songs that go before it and the five after. (There's an added short version of "The Hole" at the very end, for radio play I assume.)

The low-cut instrumental "Slipin' and Slidin'" (sic) smartly mixes acoustic guitar noodling, trance beats and feedback-y effects. "Swamp Thing" has elements of R&B and a suggestion of rap but sounds most of all like an acoustic interpretation of early ZZ Top. "Swamp thing, try to put your thing on me – Not this time."

The gentle, folksy drug-overdose tale "One Hit" echoes and updates Brewer & Shipley's classic "One Toke Over The Line" musically and thematically, while "Feelin's" dresses up Sly Stone funk in a coat of swampy soul, with irresistible results. Finally, "Deez Blues" gives the obligatory nod to Robert Johnson. "Oh Mr. Blues won't you leave me alone, oh get out of my home."

Don't take the assortment of historical references and comparisons above to mean that The Soul of John Black is just a pastiche of styles. Obvious influences and uneven songwriting don't take away from the force of originality that Bigham is massing here. It's blues for a new generation, crafted by a mature spirit who is adept at acoustic, electric, and slide guitars as well as soulful singing.

The CD puts Bigham and his crew at the forefront of a small but (one can hope) potent movement that's bringing blues up to date without sacrificing authenticity. To put it more positively, he's working towards a truly new sound, solidifying the fragile resonance between today's machine-tooled talent and the flesh-and-bones musical traditions of the past. Heady stuff, highly recommended.

All that time on the road with Shooter Jennings must have given multi-instrumentalist Ted Russell Kamp some mixed feelings about the life of a touring musician. His new CD contains a lot of lyrics about traveling, rootlessness, and the attendant sadness. But the standout track is the opener, a clever, perfectly catchy country-roots song about lost love called "Swinging Doors."

"The Last Time I Let You Down" is a fine country power ballad, the kind of song someone like Faith Hill might have a big hit with. "So tonight I'll be drivin'/'Cause I'm past the cryin'/It's the last time that I'll let you down." "Maria" is a pretty love song, while the waltz-ballads "Music Is My Mistress" and "Looking for Someone" draw on the heartache that made Hank Williams so powerful: "A life lived alone, it ain't no life at all/Like a broken-down van or an unfinished song."

Kamp's nasal, weatherbeaten voice isn't the strongest in the world, but like Steve Earle (and Waylon Jennings, for that matter), he knows how to bring the pathos without getting cloying. Not all the songs are as good as "Swinging Door" or "The Last Time I Let You Down," but a variety of styles keeps things moving. "Another One Night Stand" and "Better Before You Were Big Time" dip into New Orleans funk (Kamp even plays the brass parts), while "Can't Go Back" does, in fact, go back – to 1970s soft rock, a la Atlanta Rhythm Section.

Kamp seems to be a modest virtuoso at just about every instrument that uses strings, keys, or air. Shooter Jennings and Jessi Colter make guest appearances, and a number of sidemen contribute, but this strong collection is essentially a one-man show, and in spite of maybe one or two too many songs about being a musician on the road, it's a fun, well-played trip through the picturesque back roads of American country.